‘I was targeted’ – Kofi Amoabeng fires 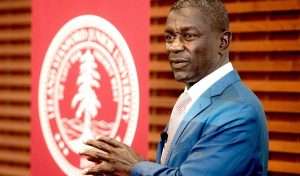 President of UT Holdings, Prince Kofi Amoabeng, has fired shots at Ghana’s political leadership over the collapse of his UT Bank, claiming the bank was targeted because he refused to fund any political party.

In a yet-to-be televised interview with TV3, Mr Amoabeng revealed that his company “never gave money to any political party” for the over 20 years it existed, a policy he indicated, ruffled political feathers, leading to the end of the financial institution in 2017.

For him, politicians do not mean well for the country for which reason he was not ready to give his money to support them to win political power to superintend over corruption.

“I said I don’t trust that they meant well for this country,” Mr Amoabeng told Paa Kwesi Asare, adding “I wasn’t going to give them my money for them to come to power and be corrupt on the people. That was my policy”.

According to him, the only time his money went into politics was when his sister, who he did not name, stood for primaries.

The business mogul indicated even in the midst of his crisis he resolved not to turn to politicians and people in high places, including pastors because they were going to eventually become his “head of HR” and be asking that their constituents and congregants were given employment.

Though he said he respects positions, “I wouldn’t go close to them…I don’t want to go close to politician,” he stated in the interview that is scheduled to air on TV3 Business Focus on Monday September 3 at 6:00 p.m

Mr Amoabeng said he only “wanted people with merit” in his company and not those handpicked by politicians and pastors to be employed.

He said because he did not support politicians, he “failed on all counts and therefore, I was really a target for whoever”.

The Ghanaian system today, he argued, does not reward hard work, indicating the system is favouring people who lie and those who are well connected to persons in high positions.

Quoting an African proverb to support his claim, he said “the one who’s closer to the powers that be, gets the best part of the meat. So ours is not about working hard, waking up in the morning going to catch the worm, no! It’s about having connections, lying to people and the things like that”.

The Bank of Ghana on Monday, August 14, 2017 revoked the licences of UT and Capital banks due to their insolvency, leading to a seamless takeover of the two banks by GCB Bank.

UT Bank, which was trading on the Ghana Stock Exchange, had its listing status also suspended.

Provisional figures showed the total liability of UT Bank stood at GHC850 million while its total assets was pegged at GHC112 million.

Mr Amobeng has since the revocation of the licence of UT Bank been a subject of investigations for what the central bank has termed as ‘willful deceit’.

As part of the investigation processes, all UT subsidiary bank accounts have been frozen, a situation he said was affecting the operations of those companies.