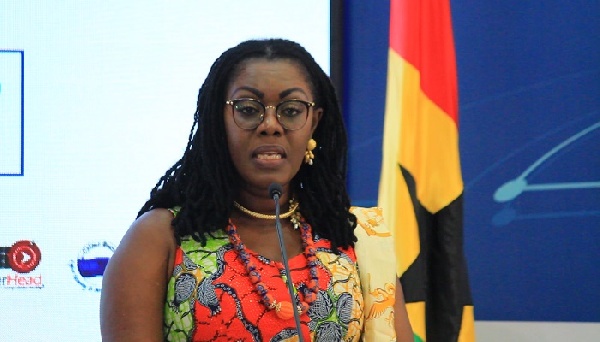 The Member of Parliament for Ablekuma West, Mrs. Ursula Owusu-Ekuful has denied media report suggesting she called Ghanaians ‘witches’ for complaining about hardship, urging the public to disregard the publication. A statement issued by her office said, “She merely touted the NPP (New Patriotic Party) Government’s achievements as remarkable and tangible and asserted that only blind propagandists would feign ignorance of these visible achievements which were obvious and had touched every home in this country.” A story published by an online news portal, Mynewsgh, on 21st October, 2019 suggested that the Member of Parliament who doubles as the Minister of Communication had called Ghanaians witches for complaining about the government. The story has since been widely republished by several online outlets. The statement maintained that the Member of Parliament “never called anyone a witch” for complaining about hardship in the country. It therefore urged Ghanaians to disregard the publication, adding that the Mrs. Owusu-Ekuful “respects the right of all Ghanaians” to have their own opinion on issue. “The Office also urges the public to disregard these false media reports and treat them with the contempt they deserve.” Source: 3news.com | Ghana]]>

READ ALSO:  I bribed nobody for votes, my sweet face did the trick - Kurt Okraku

Galamsey: Engagement with chiefs should be done quarterly – NPP’s Daaku

Fighting galamsey cost me and NPP votes in 2020 – Akufo-Addo

Increasing cocoa price by 21% is an insult – COCOBOD told