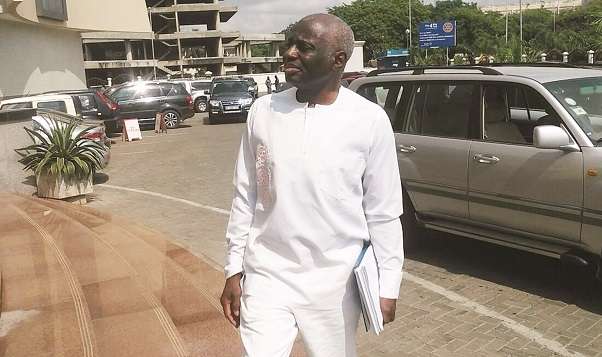 Former Chief Executive Officer of the Ghana National Petroleum Corporation (GNCP) Tsatsu Tsikata has said he is not bitter following his wrongful incarceration by Justice Henrietta Abban exactly 12 years ago.

He told Alfred Ocansey on TV3’s Hot Issues Thursday, June 18 he thanks God for taking him through, and surviving the ordeal.

Mr Tsikata was sentenced for willfully causing financial loss to the state through a loan that the GNPC guaranteed for Valley Farms, a private cocoa-growing company.

He was found guilty on three counts of willfully causing financial loss of GH¢230,000 to the state and another count of misapplying public funds.

He was convicted on June 18, 2008 by Justice Henrietta Abban.

The legal luminary was granted a presidential pardon by former President John Agyekum Kufuor but he rejected it on the grounds that his trial was politically motivated, and that he did no wrong.

He later appealed the case at the Court of Appeal and was accordingly acquitted and discharged.

The Court of Appeal upheld that he was denied a fair trial when the High Court gave a judgment in spite of an appeal.

Nearly five years after his acquittal and discharge, and 12 years after his wrongful incarceration, Mr Tsikata narrated his ordeal to Ocansey: “It was such an unexpected and extraordinary event that day June 18, 2008 but as I look back now I take it as something that happened, unfortunate as it was, it took me through a further five months in which I experienced what I can only call a lot of blessings from God.

“I could have been dead because I had asthmatic attack at the end, but by God’s grace I am still alive. I have a lot to be grateful for in terms of the support that I received from my wife, my siblings, my mother, my family and all the people who I have never met before in the country and other parts of the world.”

He further stated that Mr Kufuor was determined to jail him at all cost although he was not engaged in any wrong doing.

“This is not a case in which an independent judicial decision is being given.

“It was a politically driven agenda and [Justice Henrietta Abban] was unfortunately a tool for that political agenda.”

Explaining why he rejected the presidential pardon, he said: “As I wrote in the letter to [former] President Kufuor, my quest was for justice, it was not for his mercy.

“I was not going to allow his pardon to get in the way of my seeking justice.

“There has been a miscarriage of justice, when justice is sought to be done in the name of the president. it leads to a desecration.”