For three years running, hypertension has become a leading cause of deaths recorded at the Eastern Regional Hospital in Koforidua, something authorities have expressed worry about. A total of 210 hypertension deaths were recorded at the facility last year, an almost 100 per cent increment from the 139 hypertension deaths recorded in 2017, hospital authorities disclosed. Of the 36 maternal mortality recorded at the facility in 2018, 15 of them died from hypertension. Hospital authorities say the hypertension and its associated stroke were killing the people, and blamed the situation on mainly poor lifestyle behaviour of the people. “It’s important to comply and modify lifestyle, Medical Director of Hospital, Dr Kwame Anim-Boamah said at the Hospital’s review meeting. He added: “If I say modify, I mean to exercise regularly, if you are overweight too try and reduce your weight, if you drink, drink moderately or you stop alcohol intake. If you smoke, stop smoking and then also reduce even the salt intake, do not add more salt to your food already cooked” Dr Anim-Boamah explained until once blood pressure is checked you, it will be difficult to detect he or she has hypertension, noting there are many people walking around with the disease but are unaware. “The only time they would know is when they have a complication such as stroke. It may also affect your kidneys, you may have renal failure or it may even affect your sight,” he indicated. [caption id="attachment_112945" align="aligncenter" width="503"] 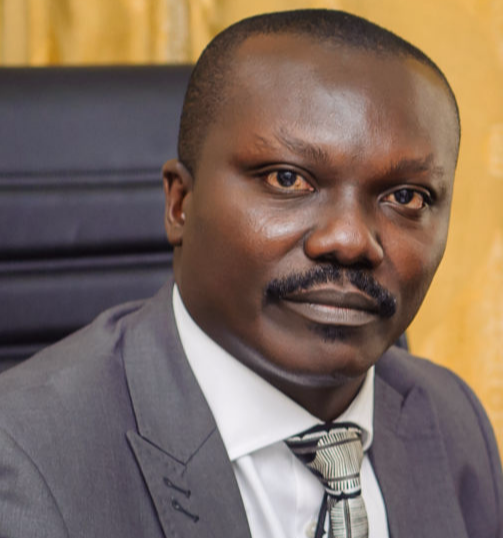 Dr. Anim-Boamah[/caption] The medical director thus underscored the need for everyone, especially those aged 30 and above, to have a regular medical check-up. “Check up on your blood pressures and if it is noted to be high, we work on it.  Hypertension is a chronic disease, it does not go away like malaria after taking medicine so you need to take the medicine almost for the rest of your life if you are put on medication” he said. Hypertension in pregnancy Dr Anim-Boamah revealed hypertension in pregnancy is persistently becoming alarming at health facilities. “It’s the leading cause of maternal mortalities. The reason is that hypertension has no symptoms at least until it becomes very serious and therefore most people wouldn’t know their blood pressure,” he said. The doctor observed that because symptoms are hardly seen, pregnant women fail to go through the processes and adhere to medications “but If they come to the hospital and their blood pressure is checked, that is the only time we would see or know their blood pressure is high for us to test and take action. He advised pregnant women to attend antenatal clinic frequently and should they be diagnosed of hypertension, they should comply with the management modalities that are recommended to them. Most pregnant women, he observed, do not care “most of the time” when they are diagnosed as they usually don’t want to be admitted and monitored while they are given treatment. “Unfortunately, because they do not have symptoms at the time, they feel that, they are okay and therefore they don’t see the reason why they need to be on admission and may go home against medical advice,” Dr Anim-Boamah revealed. According to him, they only come in when it became very serious “and when it becomes very serious, they have convulsions, become unconscious and by that time it may be too late to save them”. By Yvonne Neequaye|3news.com|Ghana]]>

No doctors at some health facilities in E/R

Nkoranza mayhem: Today it’s Albert Donkor, tomorrow it can be me...

Rogue elements in Police Service emboldened by absence of IPCC to...