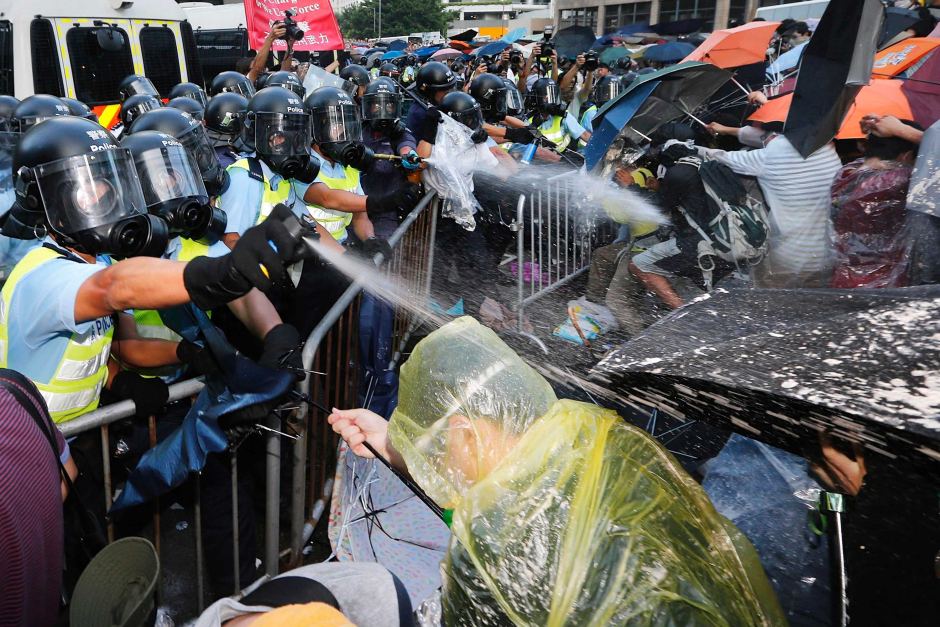 Twitter and Facebook have taken steps to block what they described as a state-backed Chinese misinformation campaign.

Twitter said it removed 936 accounts it said were being used to “sow political discord in Hong Kong”.

The network said the accounts originated in mainland China and were part of a coordinated attempt to undermine the “legitimacy and political positions of the protest movement”.

“They frequently posted about local political news and issues including topics like the ongoing protests in Hong Kong,” said Nathaniel Gleicher, Facebook’s head of cybersecurity policy.

“Although the people behind this activity attempted to conceal their identities, our investigation found links to individuals associated with the Chinese government.”

In addition to the 936 specific accounts, Twitter said as many as 200,000 other accounts, designed to amplify the misinformation, were “proactively” suspended before becoming “substantially active”.

“Based on our intensive investigations,” the firm said in a statement, “we have reliable evidence to support that this is a coordinated state-backed operation.

“Specifically, we identified large clusters of accounts behaving in a coordinated manner to amplify messages related to the Hong Kong protests.”

It added: “We will continue to be vigilant, learning from this network and proactively enforcing our policies to serve the public conversation.”

The move came after Twitter was intensely criticised at the weekend for allowing China’s Xinhua news agency to buy sponsored posts on the network. Twitter said on Monday it would no longer allow such ads.

“Going forward, we will not accept advertising from state-controlled news media entities,” the company said. “Any affected accounts will be free to continue to use Twitter to engage in public conversation, just not our advertising products.”

Twitter said the new policy did not, however, apply to “to taxpayer-funded entities, including independent public broadcasters”.

What are the protests about?

Many thousands of Hong Kongers have been protesting since March against a proposed government bill that would have allowed extradition from the territory to the Chinese mainland.

Critics of the bill argued that it would undermine the Hong Kong’s judicial independence and could be used to target those who speak out against the Chinese government.

The bill was suspended in June after a series of large demonstrations. But protests continued and have now morphed into a broader movement demanding democratic reform and an investigation into alleged police brutality during demonstrations.

Last week, thousands of protesters flooded Hong Kong Airport’s terminal buildings, leading to clashes with police and the cancellation of hundreds of flights.

Organisers say 1.7 million people turned out at the latest mass-rally on Sunday. But police put the figure much lower at 128,000, counting only those at an officially sanctioned protest.

The Chinese government has hardened its rhetoric following the airport unrest, condemning it as “behaviour that is close to terrorism”.

No challenger to Ashaiman NDC MP after death of aspirant

No challenger to Ashaiman NDC MP after death of aspirant