Hollywood is gearing up for the 76th annual Golden Globe Awards, which take place in Los Angeles on Sunday night. Leading the nominations this year is Vice – a satirical biopic of former US Vice-President Dick Cheney – which has six. A Star Is Born, which stars Lady Gaga and Bradley Cooper, has five nods, as do The Favourite and Green Book. Mary Poppins Returns and Spike Lee’s BlackkKlansman have four apiece. Here are some of the stories to look out for at the ceremony, which takes place at 1700 PST Sunday/0100 GMT Monday. A Star Is Born will shine bright 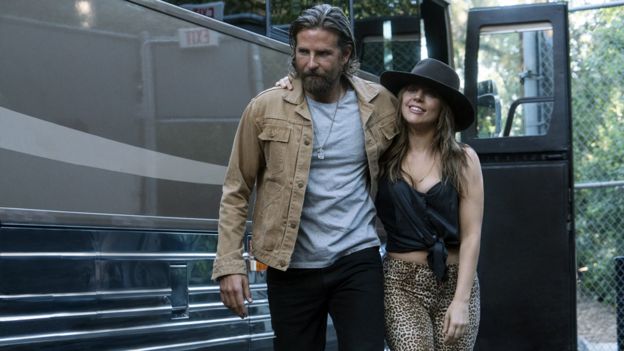 Let’s hope A Star Is Born wins something, if only so Lady Gaga and Bradley Cooper can recreate the film’s excruciating award ceremony scene live on stage. It is likely to be the biggest film winner of the night. She is close to a dead cert for best drama actress, and it will also probably be named best film drama. He’s in with a shot of winning best drama actor, best director or both, and it would be a big upset if it doesn’t pick up best song for Shallow. Vice leads the nominations and is likely to win one or two (probably including Christian Bale in best film comedy/musical actor for playing Cheney), but may be overshadowed on the night. Will Olivia Colman reign supreme? 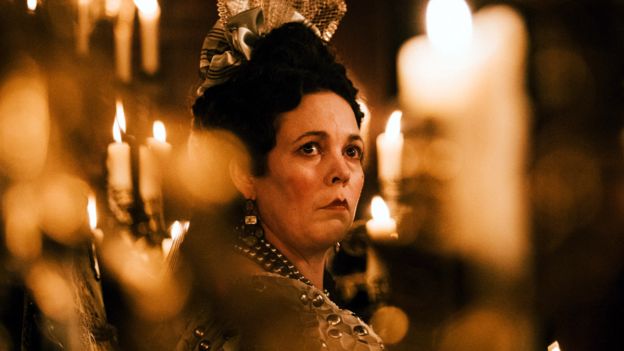 The British actress will cement her status as a Hollywood star if she’s crowned best actress in a comedy or musical for her remarkable performance as Queen Anne in The Favourite. She’s tipped to beat her nearest challenger (and fellow Brit) Emily Blunt, who’s nominated for Mary Popping Returns. If Colman does triumph, it will give her a boost in the race for best actress at the Oscars. Let’s hope she’s there to give an acceptance speech this time – when she won her only Golden Globe to date (for The Night Manager in 2017) she didn’t turn up because she didn’t think she’d win. She’s also about to be seen playing another monarch – Queen Elizabeth II – in the third season of Netflix’s The Crown. As the Golden Globes honour both film and TV, she could win Golden Globes two years in a row for playing two different queens.

READ ALSO:  The Delay show is back on TV3; Genesis of my television career - Delay
The rebirth of Richard E Grant [caption id="attachment_110198" align="alignnone" width="624"] 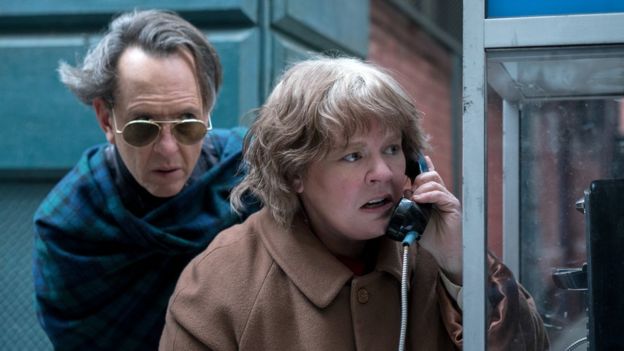 Richard E Grant and Melissa McCarthy in Can You Ever Forgive Me?[/caption] Despite acclaimed roles in films like Withnail & I, The Iron Lady, Gosford Park and, er, Spice World, Richard E Grant has never been a major awards contender. Until now. Now, the 61-year-old is finally getting proper recognition and could well find himself with a Golden Globe for best supporting film actor for playing the half-cut companion of Melissa McCarthy’s author-turned-con artist in Can You Ever Forgive Me? Another rebirth for Hugh Grant [caption id="attachment_110197" align="alignnone" width="624"] 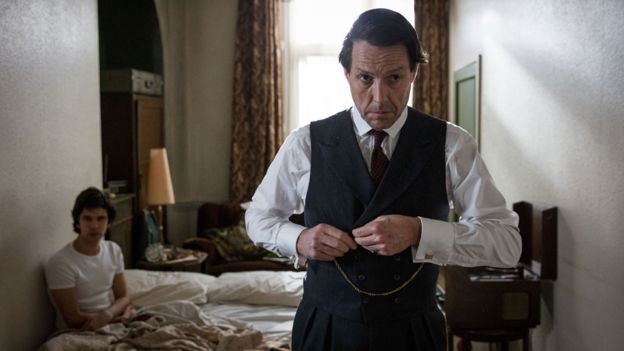 Ben Whishaw (left) and Hugh Grant in A Very English Scandal[/caption] Unlike Richard E, Hugh (no relation) has been loved by the Golden Globes in the past, winning once and getting four nominations over the past 25 years. The most recent nomination was for Florence Foster Jenkins two years ago. But this time, he’s been shortlisted for a TV role – for best actor in a limited series for his portrayal of disgraced former Liberal leader Jeremy Thorpe, in A Very English Scandal. His co-star Ben Whishaw is also nominated in the supporting category, while the show is up for the best limited series award. Killing it with Killing Eve [caption id="attachment_110196" align="alignnone" width="624"] 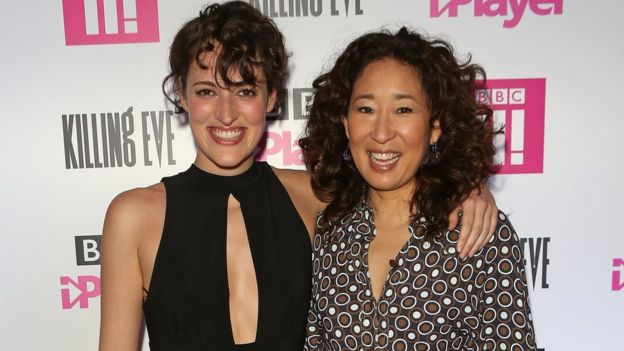 Killing Eve writer Phoebe Waller-Bridge (left) and actress Sandra Oh[/caption] We can’t wait to see an acceptance speech from Phoebe Waller Bridge, the star and creator of unflinching comedy Fleabag and now the writer of Killing Eve, the stylish and subversive crime drama that began life on BBC America. It was adapted from Luke Jennings’ book Codename Villanelle. She will get her chance if, as the bookmakers and pundits predict, it wins the prestigious best TV drama prize (BBC One’s hit Bodyguard is also nominated but is a rank outsider). Sandra Oh – AKA Eve – is also favourite to win best TV drama, which could be interesting given that she’s also sharing hosting duties with Brooklyn Nine-Nine’s Andy Samberg.
READ ALSO:  Say the truth, I bring business but you don't mind me - Shatta Wale exposes Sarkodie
Amy Adams v Regina King – double bill [caption id="attachment_110195" align="alignnone" width="624"] 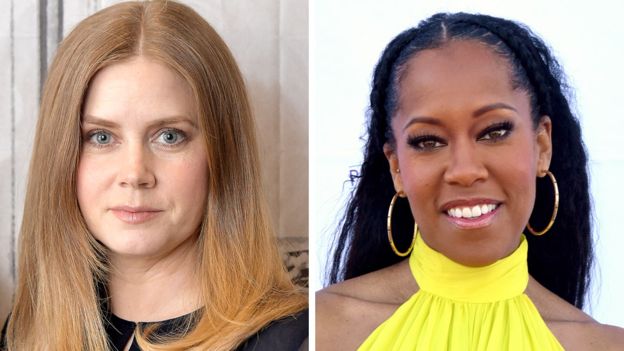 Amy Adams (left) and Regina King[/caption] The US stars are both enjoying purple patches and are going head-to-head for two awards – best supporting film actress and best TV limited series actress. Adams will hope winning a film prize for playing Dick Cheney’s ambitious wife Lynne will boost her chances of finally winning an Oscar (she’s been nominated five times already). But King, who is nominated for playing the mother of a woman whose fiance is accused of rape in Barry Jenkins’ If Beale Street Could Talk, will give her a run for her money. Then, the pair are both nominated in the TV section for two very different crime dramas – King for Seven Seconds and Adams for Sharp Objects. Will Jeff Bridges provide a Meryl/Oprah moment? [caption id="attachment_110194" align="alignnone" width="624"] 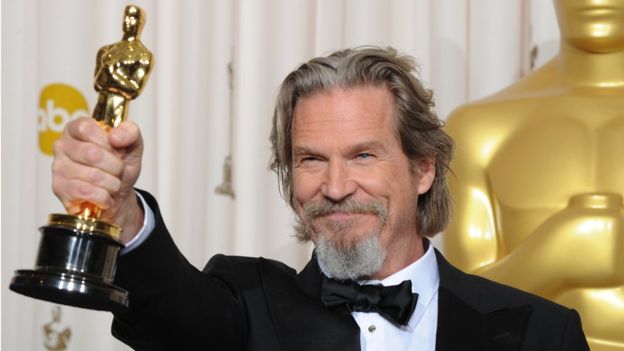 Jeff Bridges with the Oscar he received for Crazy Heart in 2010[/caption] In the past two years, arguably the most memorable Golden Globe moments have not come from the winners of the competitive awards, but from the recipients of the honorary lifetime achievement gong. In 2017, Meryl Streep famously used her acceptance speech to make a withering attack on Donald Trump, while Winfrey stoked speculation that she might run for president in her impassioned speech. The award they both received is called the Cecil B DeMille Award, and True Grit and Crazy Heart star Bridges is this year’s recipient. There are lots of topical subjects he could choose to cover – he is spokesperson for the No Kid Hungry campaign, sits on the Everytown For Gun Safety’s creative council and has just narrated a documentary on climate change. The Globes have also created an equivalent award for the TV world this year. It will be named after actress Carol Burnett, who will also be the first recipient.
READ ALSO:  Should we allow non-African media tell our story? - Kwao Lezzes quizzes over GRAMMY 'Afrobeat' blunder
The comedy/drama conundrum [caption id="attachment_110193" align="alignnone" width="624"] 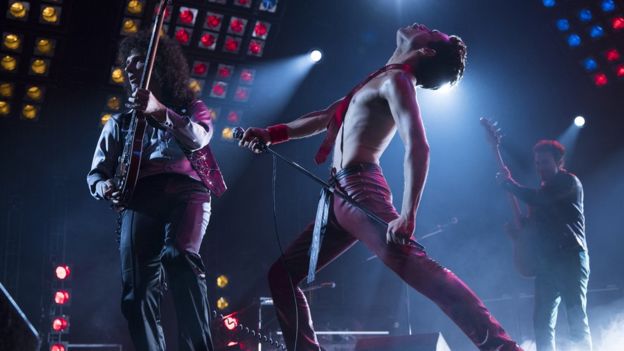 Bohemian Rhapsody: A drama with music, or a musical with dramatic bits?[/caption] The Golden Globes split the main categories into drama on one side, and comedy/musical on the other. And it’s quite confusing. The Favourite is up for the comedy/musical awards, as are Vice and Green Book, which delves into racial tensions in the Deep South in the early 1960s. All could equally be deemed dramas. Meanwhile, the drama categories have A Star Is Born – which is certainly dramatic, but also has Lady Gaga and Bradley Cooper sing lots of songs – and Bohemian Rhapsody, the one with lots of songs by pop group Queen. Why? The studio behind A Star Is Born is confident it can beat its straight drama rivals, and wants the added gravitas that drama awards would give it going into the Oscars race. And if Rami Malek won best actor in a drama, that would impress Oscar voters more, the theory goes. Other films are thought to have more chance of winning something – anything – by entering the musical/comedy categories rather than drama, which would be better than winning nothing at all. Source: BBC]]>