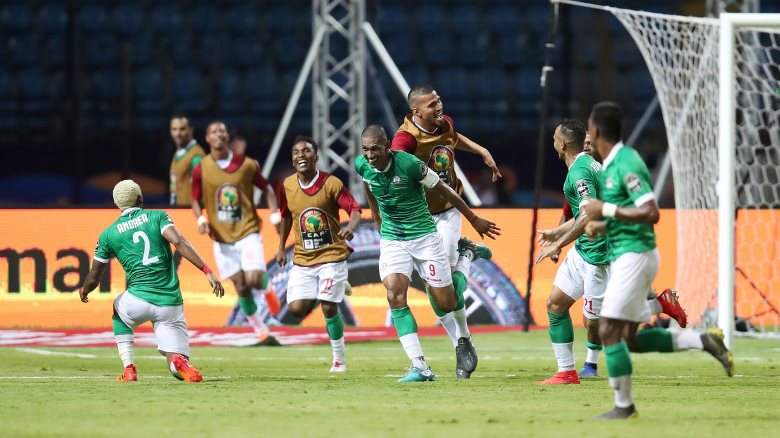 Debutants Madagascar secured a historic quarter-final qualification in the ongoing Africa Cup of Nations on Sunday after beating former winners DR Congo 4-2 on penalties in the Round of 16.

The Malagasy had led twice during normal play but the Congolese drew level on both occasions.

But luck ran out for the Leopards as Barea beat them on penalties after no goals were scored in extra time.

It was a cagey encounter for the two sides as the balances tilted in favour of the Congolese despite finishing third in Group A behind Egypt and Uganda.

With less experience in a tournament won twice by their opponents, the island nation was to prove difficult to beat after securing top spot in Group B.

The Alexandria Stadium was immediately brought to light just under 10 minutes when Samuel Amada opened the score.

Though Chinese-based Cedric Bakambu equalised for the 1968 and 1974 winners, the Barea went ahead again in the 77th minute.

Porto player Mangulu Mbemba drew level on the nick of full regulation time to force the game into extra-time.

But after picking all the spots correctly, the likes of Yannick Bolasie fluffed it for the Leopards to hand over the ticket to the minnows, whose country’s top football administrator is the current CAF President.

They will next play on Thursday against the winner of the Ghana-Tunisia encounter for a spot in the semi-finals.

WHO warns against untested Covid-19 cures