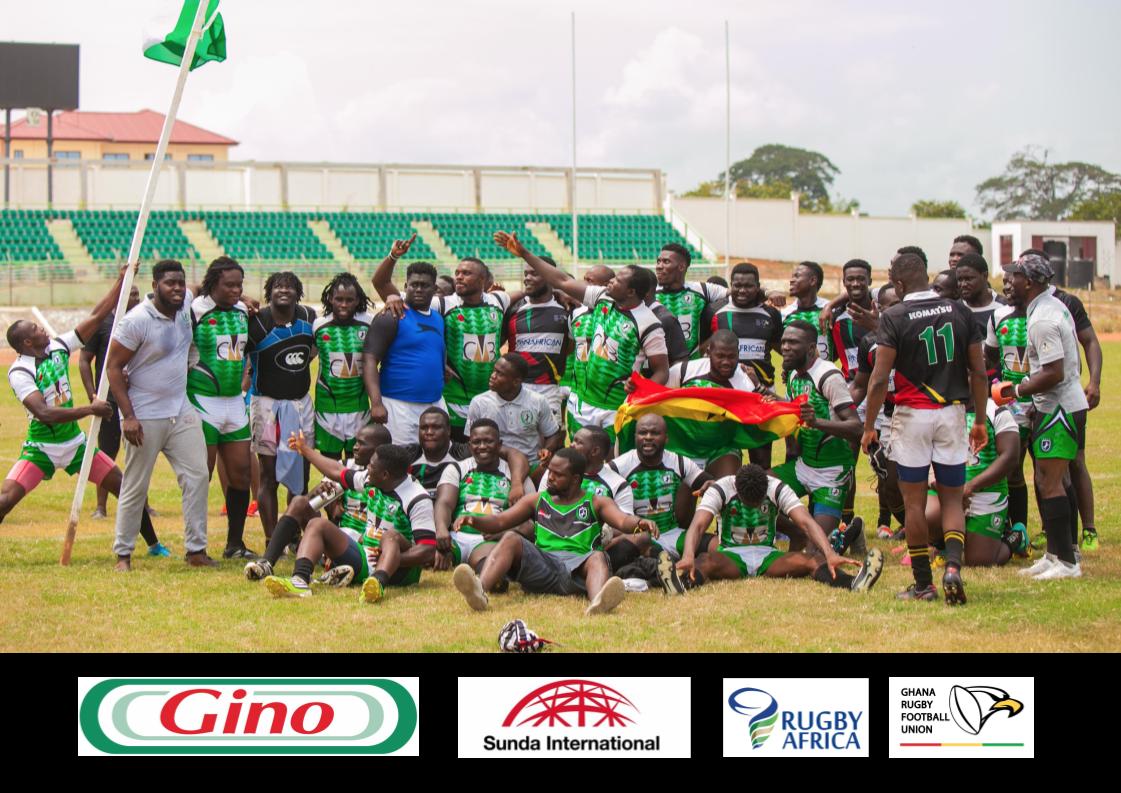 The President of Ghana Rugby, Mr Herbert Mensah, praised the main sponsors of the just ended WARS (West African rugby Series) and Ghana-Nigeria Presidents’ Cup rugby tournament – Sunda International (https://youtu.be/S985oDltveE)  and GB Foods (https://youtu.be/_SQLHpwCRnM) – for having ensured that the event was described as an overwhelming success.

“Even though the Ghana Eagles narrowly missed out on winning their matches, the tournament has been hailed by all participants as an overwhelming success that Ghana as a country can be proud of. These accolades came as a direct result of the sponsorship by Sunda International and GB foods by way of their Gino brands,” Mensah said.

In messages to the sponsors from his home in London, Mensah said that the tremendous success as testified to by guests Nigeria and Ivory Coast as well as by the governing body, Rugby Africa, was in no small part due to the contributions in kind and in cash by Sunda International and GB Foods. 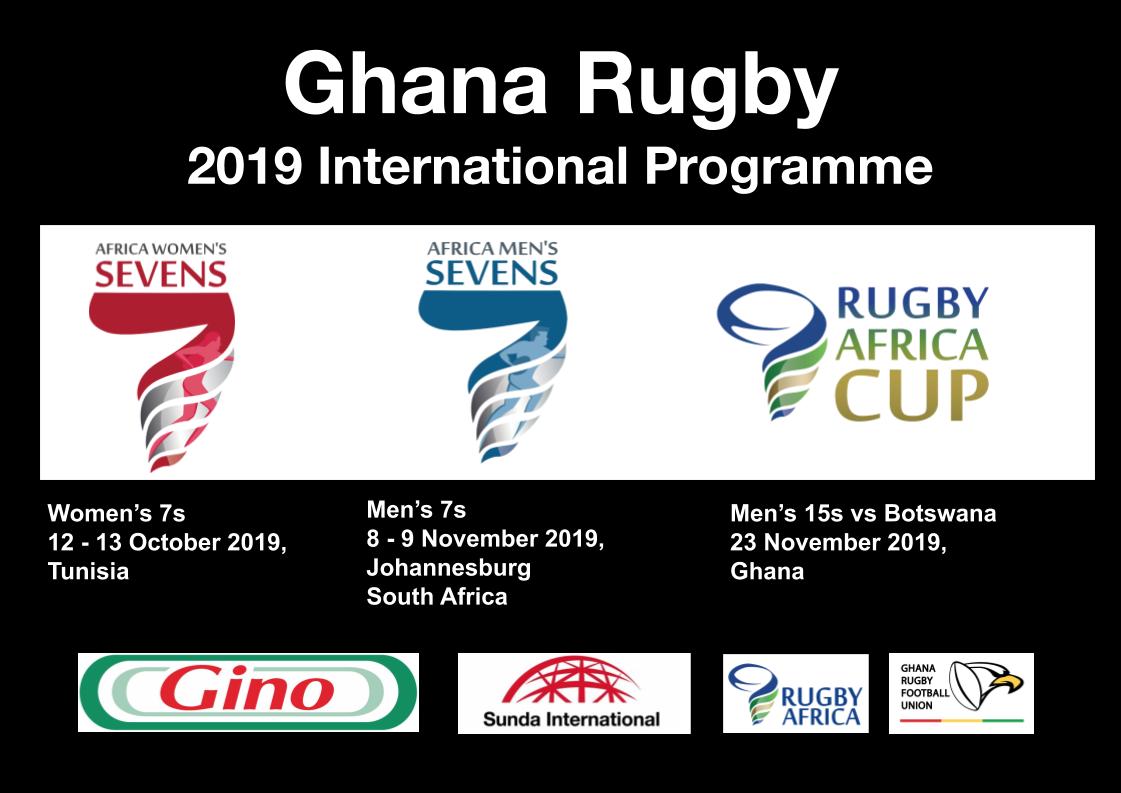 “We can only develop sport with corporate involvement as yourself. Rugby is a uniques sport for all genders and ages and it helps everybody. For young kids, it brings discipline for themselves and a level of respect for authority. It also develops a commitment to a recreational activity that they enjoy tremendously. Your support plays a big part in all of that,” Mensah said.

The President of Ghana Rugby added that the tri-nations tournament involving Ghana, Ivory Coast and Nigeria has been historic and as far as he knows has never been done before.

Mensah therefore hoped Ghana Rugby can continue to depend on the companies’ support as the Union faces a hectic year.

The Union will be taking part in the 2020 Olympic Qualifiers for both the men’s and women’s national sevens rugby teams as well as a crucial elimination men’s fifteens match against Botswana in the newly announced Rugby Africa Cup that will see Africa’s top sixteen nations playing to be crowned the Africa Champion in 2020.

In a separate video message (https://youtu.be/S0UWtRy8uVQ) Mensah said that Rugby Africa has introduced the Rugby Africa Cup in the place of the Gold, Silver and Bronze Cups but the governing body has at the same time encouraged Unions to look at regional development international matches.

“The hugely successful WARS Tri-Nations and Ghana-Nigeria Presidents’ Cup is a first step towards giving practical expression to the guidelines from Rugby Africa. I will ensure that it does not only become a yearly event but that it is expanded to include both men’s and women’s tournaments for both the fifteens and sevens formats of the game,” Mensah said. 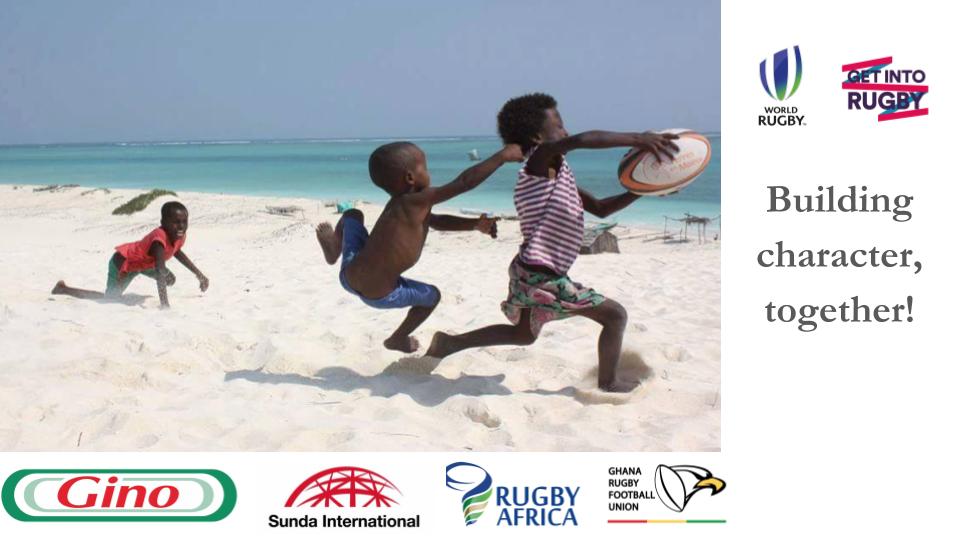 Mensah also said the essence of what Ghana Rugby does is to build character through the teaching and exercising of the values of rugby –  integrity, passion, solidarity, discipline and respect – to the youth of Ghana.

“Arranging and hosting tournaments such as we have just done is part and parcel of building character and it all requires huge support, financial and otherwise, from all our stakeholders and especially from our corporate friends such as Sunda International and GB Foods with their Gino Brands. I salute them and once more say, ‘Thank you!’”, Mensah said.

Ghana Rugby is the official full member of both World Rugby (2017) and Rugby Africa in Ghana-West Africa and is responsible for the management and development of the Game Rugby Union in the country. The Union is governed by a Constitution and administers five KPAs (Key Performance Areas) namely: (1) Youth Development & Growth through the World Rugby “Get Into Rugby” Programme, (2) Women in Ghana Rugby, (3) Training & Education, (4) Domestic Competitions and (5) International Performance.