Information Minister Kojo Oppong Nkrumah, who revealed this at a news conference in Accra on Thursday, August 20, said the security services will remain on their already existing pension’s programmes.

He revealed that government took the decision due to the peculiar nature of their task and the risk they face in their line of duty.

Ghana began the process of unifying all its pension schemes in 2016 with an approval by Cabinet to develop a roadmap towards the unification of the regime by 2021.

The Ministry of Employment and Labour Relations engaged various stakeholders in a bid to unify all parallel pension scheme and incorporate them under the 3-tier system as stipulated in the National Pensions Act 2008 (ACT 766).

The Ofoase-Ayirebi lawmaker said “the security services will not be subjected or included in the programme to unify pensions”.

“They will instead remain on their already existing pensions programme like the Cap 30 and the other pension programme.”

Police hospital to operate half capacity to allow fumigation Friday 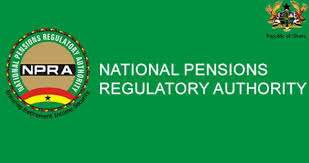