File: A section of the Volta Roads[/caption] Finance Minister Ken Ofori-Atta returned to parliament Friday to amend a portion of the government’s 2020 budget statement to include ‘critical’ deplorable roads in the Volta Region requiring attention, barely 48 hours after presenting the economic policy to the House. Volta Region was left out in the list of regions with critical roads in the 2020 budget as presented to parliament Wednesday, November 13, 2019, triggering questions about equitable distribution of national resources. “Why is provision not made in the 2020 Budget for critical road projects in the case of only the Volta Region?” Member of Parliament for North Tongu, Samuel Okudzeto Ablakwa asked on Facebook Thursday.

He added: “More fundamentally, how will Government justify this aberration in the face of the 1992 Constitution which enjoins Governments to undertake even and balanced development in all regions”. While some critics and persons from the Volta Region faulted the government and described the omission of critical Volta roads in the budget as deliberate, others held a contrary view. 3 critical roads get featured Appearing before parliament Friday to make amend the budget, Mr Ofori-Atta described the omission as “inadvertent”. [caption id="attachment_130998" align="aligncenter" width="1600"] 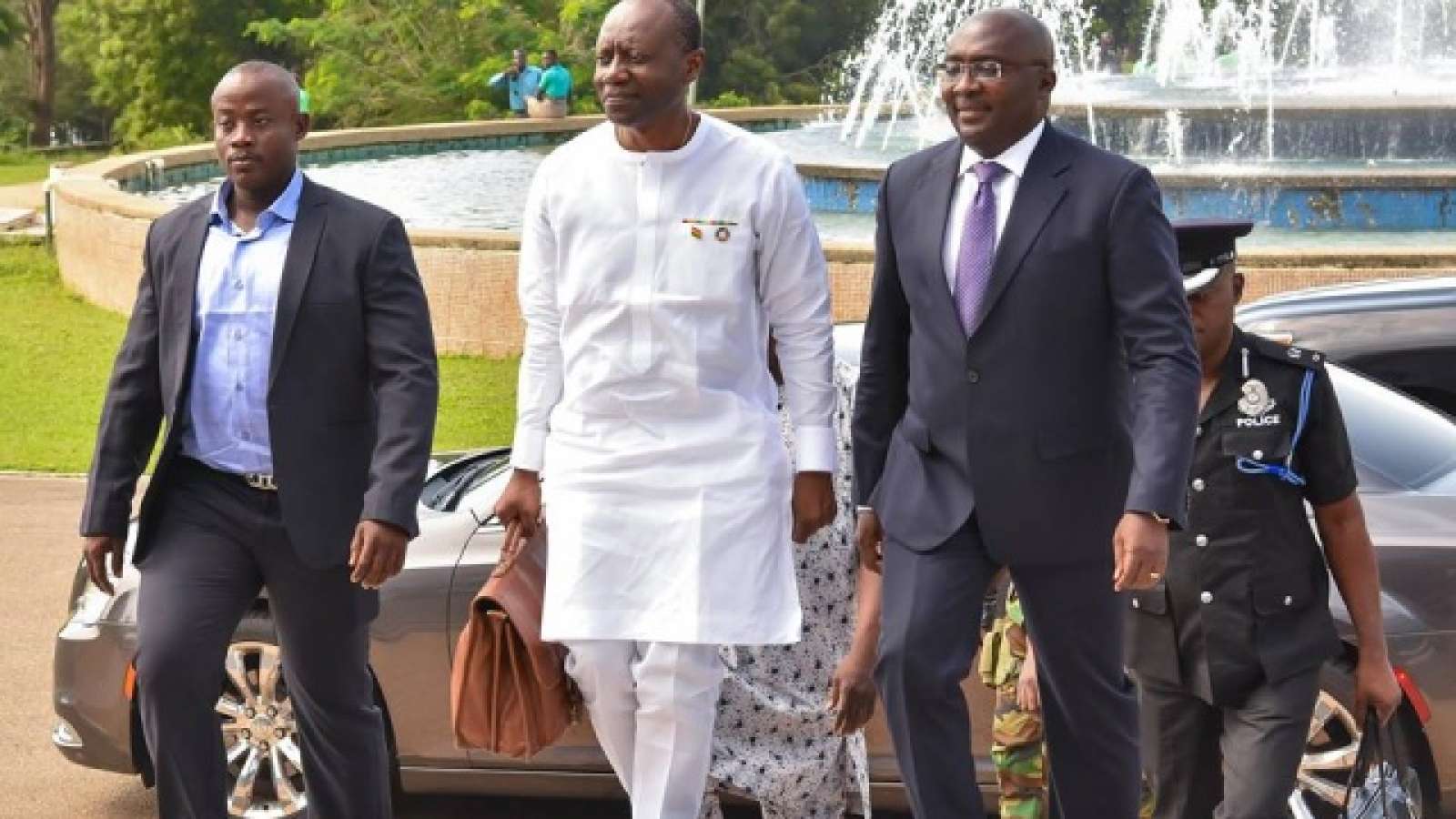 File photo. Finance Minister [in white] arriving at Parliament to present government’s budget[/caption]“Following my presentation to this august house the Volta regional minister and the minister for energy drew my attention to an omission of Volta Region from the list of critical roads listed in table 21 of the budget statement,” he said. According to him, his checks confirmed “the inadvertent omission of Volta region”. Explaining that the omission was not deliberate, he said all regional ministers across the country, “were requested to submit the list of critical roads which required immediate attention” based on which three roads in the Volta Region were submitted. “At the instance of the Volta Regional minister, three road projects in the Volta region were prioritise in the list of critical roads project for 2020. As it turned out on page 160 of the budget document, the Volta region was inadvertently left out, in the event,” he stated. Mr Ofori Atta added: “I’m here to amend table 21 to include the critical roads in the Volta region as originally agreed on. He mentioned the critical roads in the Volta Region as 45-kilometre Asikuma-Have road, 83-kilometre Have-Hohoe-Jasikan road and the 99-kilometre Ho-Dzodze-Denu road. “This will not increase the proposed 2020 appropriation because they are already included in the budget estimate for 2020,” he explained. The Finance Minister also used the opportunity to highlight what he described as “other important” road projects in the region which have been included in the 2020 budget. These he said includes the dualisation of the Ho main roads, Ho bypass construction, replacement and expansion works on the lower Volta bridge at Sogakope, and construction of bridge over the Volta river at Volivor, Adidome. Also, he said, the Ministry of Roads and Highways has already prioritise other road projects in the Volta Region in its work plan for 2020 and same captured in the budget statement.

READ ALSO:  RTI Bill will be passed before close of 2018 - Speaker of Parliament stresses
By 3news.com|Ghana]]>