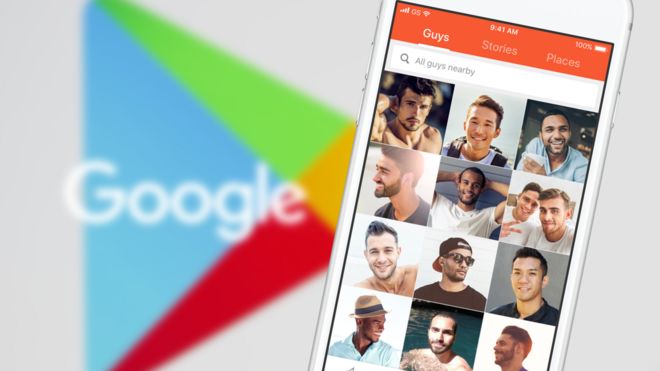 A popular gay social network has accused Google of discrimination after its app was removed from Google’s Play store several times without warning.

Hornet said Google often employed moderators in Malaysia, where same-sex relationships are illegal, to vet apps. A rival gay dating app told the BBC that it had also been blocked globally by moderators based in the country. Google said it did not comment on individual apps but denied that the company was anti-LGBT. Christof Wittig, chief executive of Hornet, said he was concerned that moderators in Malaysia had the power to “remove LGBT apps worldwide, without warning”, given the country’s stance on LGBT rights. In one example seen by the BBC, a moderator that appeared to be in Malaysia had gone through “nearby” profiles in the app and found a photo of a topless man. The image did not appear to breach any of Google’s “sexual content” guidelines and was not reported to Hornet via its own content moderation tools. However, the moderator suspended Hornet from Google Play. In January, gay dating app Scruff introduced stricter profile image guidelines, banning photos of men in underwear or swimwear. The app had also been suspended from Google Play several times prior to the change. Mr Wittig said the practice felt like “selective enforcement” against LGBT-focused apps. He pointed out that apps such as Instagram, Tumblr and Twitter had not been removed from the app store for hosting much more sexually suggestive content.

On Wednesday, a group of eight LGBT video-makers said they were suing YouTube and parent company Google, alleging discrimination against LGBT people and content. The group claimed Google’s algorithms routinely marked videos using words such as “gay” or “lesbian” as unsuitable for advertising. YouTube said sexual orientation and gender identity played no role in deciding whether videos could earn ad revenue or appear in search results. But Mr Wittig said he had experienced a similar problem with Hornet’s editorial content, which is hosted in its app and on its website. He said Hornet had been excluded from advertising revenue for publishing LGBT-focused content, and he suggested that using keywords like “gay” and “homosexual” in articles about history, health and lifestyle “triggered algorithmic flagging”. Google said it did not comment on individual apps.
READ ALSO:  Ghana Rugby Club Championship fixtures announced
Source:BBC ]]>