GOIL Company Limited has categorically denied claims that the company failed to pay to the State, taxes and levies on petroleum products it lifted between 2013 and 2018.

The company indicated that it has fulfilled all its tax obligations to the state, and described the claims as “unfounded” on the basis that it was premised on erroneous information by the Ghana Revenue Authority (GRA)

The 2018 Auditor-General’s report claimed GOIL defaulted in the payment of excise duties, taxes and levies amounting to 27,688,978.98 cedis and MGO liftings amounting to 497,490 cedis.

But the GOIL management in a statement insisted it does “not owe the GRA” contrary to what has been published in the 2018 Auditor General’s report.

It explained the declarations listed by the GRA, which was captured in the GCNet system, were based on errors which operators of the system promised to expunge when their attention was drawn to the issue.

GOIL explained that in August 2018 it received a letter from the Commissioner of Customs Divisions in connection with the recovery of taxes and levies for petroleum lifting for the period January 2013 to December 2017 amounting to 19,921,401,62 cedis.

“GOIL promptly responded by communicating to the GRA using our analyzed schedule to point out that all taxes and levies had been paid for the period in question,” the statement said.

The company said it specifically pointed out that the declarations listed by the GRA in their letter had errors in them which could not be corrected via the GCNet system, and that new declarations had to be made to replace them.

“Subsequent to GOIL submitting new declaration it was realized that the old declaration was still on the GCNet system which obviously created a duplication of GOIL’s declarations on the GCNet,” the company explained.

GOIL said it was “reliably informed” by the GCNet that the erroneous declarations would be expunged from the records after a month from the date of declaration.

The company said it however found it strange that despite the clarifications in a letter dated September 21, 2018 which had all supporting documents, issues have been raised in the 2018 Auditor General’s Report.

“It appears the erroneous duplication on the GCNet system was not resolved,” GOIL said in the statement, indicating that would have formed the basis for the “unfounded allegations of default of taxes and levies” payment.

“GOIL categorically states that its records, copies of which GRA has received, and that of GRA confirm that GOIL had paid for all petroleum products lifted during the period in question,” it added.

The company mentioned the 2017 Over-All Best Taxpayer (Customs Divisions) award it received from GRA as further proof of its non-liability in 2018.

It insisted that it has been a law-abiding corporate entity and has always paid its taxes promptly and regularly and will never renege on its obligations towards the State. 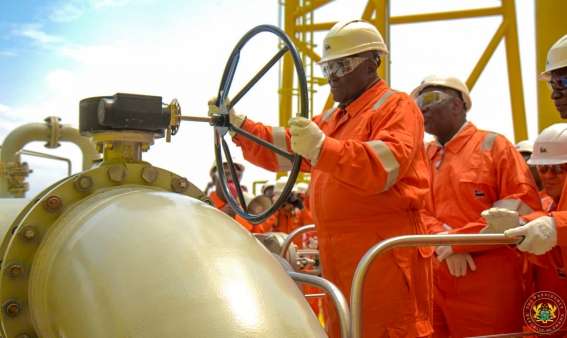 The Ghana Revenue Authority says there are no plans to introduce new taxes to be levied on power consumption, especially...

GRA to announce bank accounts for payment of taxes during lockdown