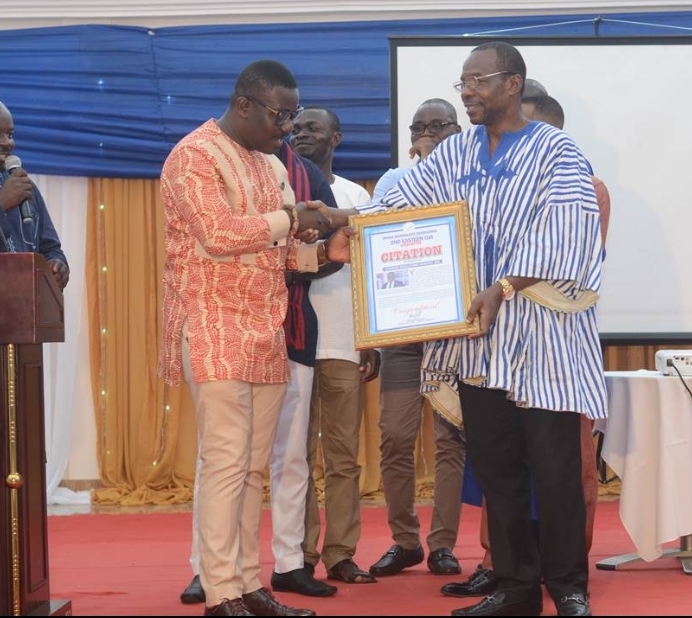 He was honoured at the 2nd awards ceremony organised by the Chapter at Koforidua last Friday.

“Your emergence unto the media landscape and subsequent exploits, including your unique style, skill and finesse as a sharp host of Community Connect on 3FM 92.7 and TV3 New Day has been exemplary for your colleagues and up and coming members of the inky fraternity,” a citation presented to him by GJA President Affail Monnie reads in part.

What kind of presidency are you running? Sory slams GJA leader

GJA, MFWA to pile up pressure on gov’t to find killers of Ahmed Suale

“Your works speak volumes, shapes national debates and your awards are a testament to this. Consistently, you have not lost your voice when the occasion demanded same…” the citation added.

Seven other outstanding journalists and personalities who have contributed to the development of the region and the country were also honoured. 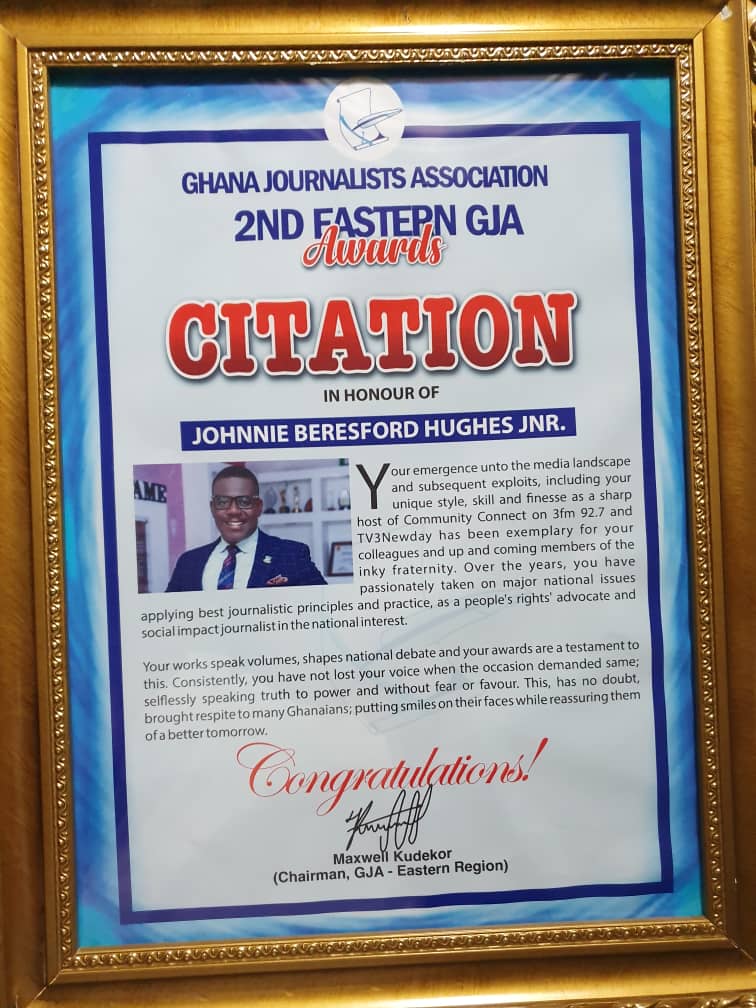 In attendance were high profile personalities including the Eastern Region Minister, Eric Kwakye Darfour, and Okyenhene Osagyefuo Amoatia Ofori Panin, who urged the media to be bold.

Seven awards in the competitive categories were given to deserving journalists in the region as follows:

GBC/Sunrise FM also received a citation for using radio to promote development and professionalism within the media landscape in the region.

What kind of presidency are you running? Sory slams GJA leader

GJA, MFWA to pile up pressure on gov’t to find killers of Ahmed Suale