Some youth of the New Patriotic Party at Aboadze and Abuesi in the Western Region are demanding a 40 per cent employment quota at the Aboadze Thermal Power Station. They have vowed to frustrate new development at the enclave if their demands are not met. The youth, numbering over 200, are also demanding the removal of the District Chief Executive, Joseph Amoah, who they have accused of thwarting their efforts at getting employment. They had earlier this year besieged the construction site of Armandi and Mekta and vandalized the properties of the companies accusing them of reneging on their promise to employ them. More than ten of the workers were injured in those attacks. After several discussions however, calm was restored and an agreement reached between management of the two companies, opinion leaders of the two communities and officials from the Shama District Assembly. With that consensus, the Chief of Aboadze, Nana Kwabena Attom III set up an employment committee. However few months into the operations of the committee, another meeting was convened by the Shama District Assembly involving the Western Regional Minister Dr. Kweku Afriyie where the DCE for Shama Joseph Amoah and the MP Ato Panford proposed a reconstitution of the employment committee. But the youth rejected the proposal even though the companies were in support. Addressing a press conference on Sunday, September 16, an NPP polling station executive at Aboadze, Isaac Kofi Afful, insisted the DCE will not serve their interest should he be made to spearhead the employment drive in their communities. 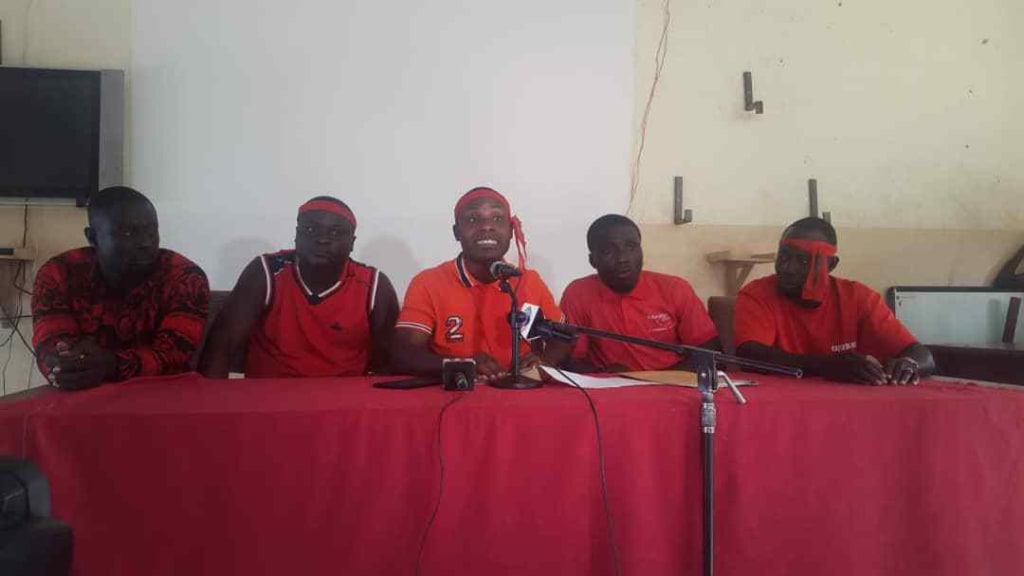 “We stand to disagree with the DCE on the idea of making the district assembly the center for employment at the on-going project at Aboadze. We will like to ask our DCE what he has done for the Aboadze community since he was appointed and we vehemently say he has done nothing…” he said. He accused the DCE of being responsible for the decision of companies at Aboadze to stop engaging with them on their employment issues,  claiming the DCE “has also warned the companies to direct all funds for CSR through his office to the neglect of the two communities”. Mr. Afful stated the community has both skilled and unskilled labour including mechanics, electricians, welders, civil engineers and safety personnel the companies will need for their work but are still not being considered for employment. Kow Minanu , an opinion leader and Chief Advisor to the Chief of Aboadze, Nana Kwabena Attom III, indicated Aboadze and Abuesi have been co-existing peacefully since 1998 with other companies and questioned why things are different under Armandi and Metka. “It is a pity that our youth are being treated as aliens on their own land. Because of the excuse by these companies that host communities do not have the requisite manpower for employment there has been a conscious effort to train our youth but still they lose out on employment to non – indigenes. The youth are really agitated and I support them because I would have done worse in their situation” he said. However speaking on Takoradi-based Connect FM, District Chief Executive Joseph Amoah urged the youth to remain calm as he has their interest at heart. He assured them that he will not frustrate efforts at employing the youth of the District when considering the unemployment situation in the two communities.