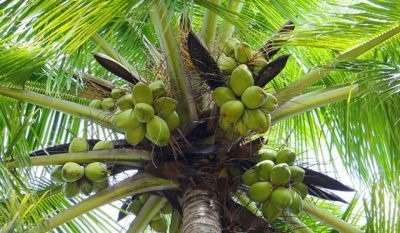 Mr Eric Kwakye Darfour, the Eastern Regional Minister, has called on Ghanaians to venture into coconut farming to tap into the numerous opportunities presented by the tree crop.

He called on chiefs to support the growing of coconuts by making land available to individuals who would take up the challenge towards increasing the acreage of crop in the country.

The Coconut Festival, to be held under the theme: “Promoting Export Diversification through a Robust Ghanaian Coconut Industry”, is being organised by the Africa Coconut Group – the Ghana Chapter with support from the Ghana Export Promotion Authority (GEPA), the Ghana Free Zones Authority, and the Hortifresh Fruits and Vegetable West Africa.

The Regional Minister said: “We want everybody to go into coconut production and that is why we have GEPA and other stakeholders supporting us”.

He said cocoa is a product that has carried Ghana so far but the benefits that could be derived from coconut was much more as it had multiples of opportunities, noting that it was a tree that grows well everywhere particularly in the tropics.

Mr Darfour said coconut was a very important tree crop that could give the country a lot of revenue but over the years, citizens have only used it as an ornamental tree, adding that, he personally had about 30 coconut trees, which fetched him more than GH¢500.00 on monthly basis.

Apart from the monetary value, he said, research has proven that coconut had a lot minerals packed in them to boost the health of consumers, noting that coconut had become a very important tree crop globally and so venturing into it would be extremely profitable.

Mr Davis Korboe, the Chairman of the Ghana Chapter of the Africa Coconut Group, said the proliferation of the coconut business was an opportunity for graduates who have been unemployed to take advantage of to change their stories.

He said it has been made known that coconut could grow effectively everywhere and that there was the need for many more Ghanaians to venture into the production of coconut on a large scale to help rake in a lot foreign exchange through its exports.

Madam Ruth Maafo, the Acting Director of Public Relations at GEPA, said the Authority has noted the number of opportunities in the coconut value chain.

She said the Authority was proud to be a partner to the Africa Coconut Group because apart from the health and wealth benefits, people have been using coconut for furniture and all forms of handicrafts, lotions, skincare products among many others.

She urged the youth to venture into the new opportunity, adding that, GEPA was excited to diversify the products and services that Ghanaians make and export.

She said the Authority is willing to provide support for individuals willing to venture into the coconut value chain saying: “We are ready to support anyone who wants to go into the business of coconut”.

Mr Godwin Delali Ahiafor, the Chairman of the Eastern Regional branch of the Coconut Association of Ghana, said coconut could do well everywhere oil palm, cassava and other crop could grow, hence the need for everybody to take advantage of the opportunity.

He said after growing the coconut, you would only have to nurture for three years, after which you would begin to harvest and make your money, adding that, he already had 1,700 coconut trees and was hoping to have 3,000 trees planted by next year.

‘Ghana Reads’ to assemble renowned musicians, others on Oct. 2