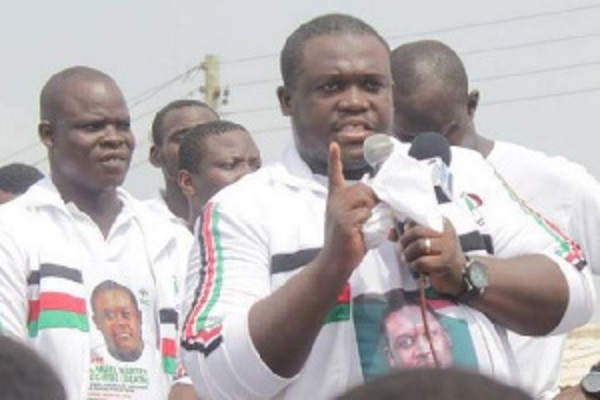 Member of Parliament for Ningo-Prampram who has booked a ticket for next year’s parliamentary election, has stated his next focus is to work towards getting the Akufo-Addo government voted out of power in the 2020 general elections. He told journalists Saturday that once he has crossed the first hurdle towards retaining his parliamentary seat, he would together with his NDC, move to the next stage of widening the vote gap between his party and the NPP by 20,000 in the constituency in the next elections. According to him, Ghanaians are fed up with the Akufo-Addo-led New Patriotic Party government, which described as corrupt, incompetent and accused of swimming in fraud on daily basis. “Enough of the 1D, 1F; 1Day, 1Fraud! Enough of all of that” he stated, indicating that Ghana needs “a decent government” that will work and serve the interest of the people. He said his “vision is to kick out the incompetent Nana Addo Dankwa Akufo-Addo government and bring John Dramani Mahama to the flagstaff house on the 7th of January 2021. That’s all that matters to me and that’s my next focus”. Sam George who ahead of the primary said he would poll at least 60 per cent of the votes narrowly survived defeat with just seven votes over his only contender, Michael Tetteh Kwetey, who resigned as a constituency chairman of the NDC to contest for the slot. The incumbent MP secured 407 votes while Mr Kwetey garnered 400 votes. He thanked his contender for giving him a keenly contested race and extended a brotherly hand to him to join in his vision of working to kick out the Akufo-Addo government.