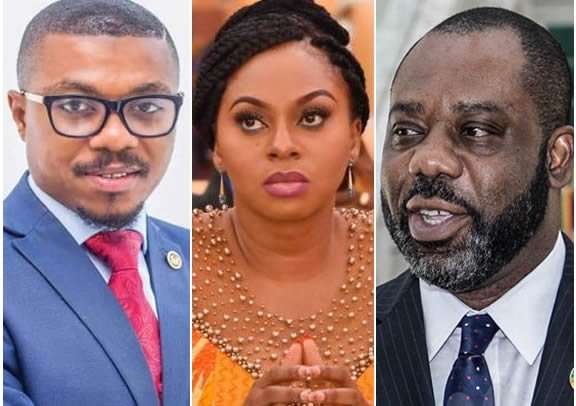 The current administration of the Ghana Education Trust Fund (GETFund) has denied awarding scholarships to three government appointees whose names have captured as beneficiaries in a performance audit report from the Auditor-General.

The report, which spans between 2012 and 2018 was to ascertain whether GETFund acted in accordance with its mandate as stated in the GETFund Act, 2000 (Act 581) with regards to the administration of funds for scholarships.

Special Prosecutor should be interested in GETFund saga – lawyer

The reported  listed the Minister for Education, Matthew Opoku-Prempeh, Procurement Minister, Sarah Adwoa Safo and the Executive Secretary of the National Council for Curriculum and Assessment (NaCCA), Prince Hamidu Armah as beneficiaries.

The audit observed among other things a failure on the part of GETFund in using a fair selection process, a situation it indicated “allowed unqualified applicants to benefit rather than brilliant but needy Ghanaians”.

But the GETFund refutes the observation of the audit and stated it is well within the mandate of GETFund “the award of scholarships by GETFund under the GETFund Act 2000, Act 581, is not limited to needy but brilliant students”.

“The Fund may, per its mandate, also provide support for such other educational activities and programmes to serve strategic national interests”, it added.

The GETFund insists the award of the scholarships to the three government appointees, though not out of place, did not happen under the watch of the current administration.

“The above having been said, it is worthy of note that the aforementioned persons have not been awarded scholarships by the Fund under the current administration”, a statement from GETFund indicated.

Special Prosecutor should be interested in GETFund saga – lawyer

Private legal practitioner, Bobby Banson is challenging the Special Prosecutor to take up the alleged mismanaged of funds at the...

Chairman of the Ghana National Education Campaign Coalition (GNECC), Kofi Asare is rallying the public to protest how the Ghana...

English should be taught from crèche – College of Education principal