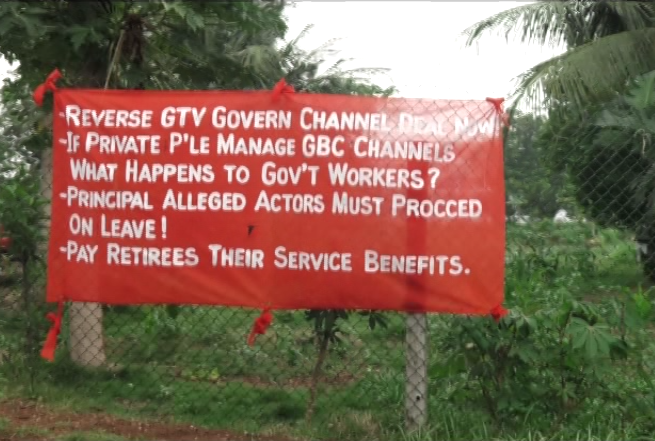 Unionised staff of the Ghana Broadcasting Corporation (GBC) are up in arms against management over an alleged sale of some of the Corporation’s channels to private investors and issues regarding their end of service benefits.

The leadership after a meeting last Friday served notice to petition the parliamentary select committee on communication and the National Media Commission over the matter.

Aside the alleged sale of the channel, the staff are demanding a forensic audit into alleged corrupt deals at the Corporation.

They are also demanding a full scale probe into money accrued from TV licence fees yet to be accounted for.

At the meeting, the Union referred to the 2018 Auditor General’s report which stated that TV licence fees from 1993 to 2017 amounting to more than 3 million cedis was yet to be paid into the consolidated fund.

The members of the union are in addition demanding that the principal actors in the deal to sell off GTV govern proceed on leave.

Workers of the state broadcaster also raised critical questions about what in their view, is an attempt by management to halt the payment of long service benefits. 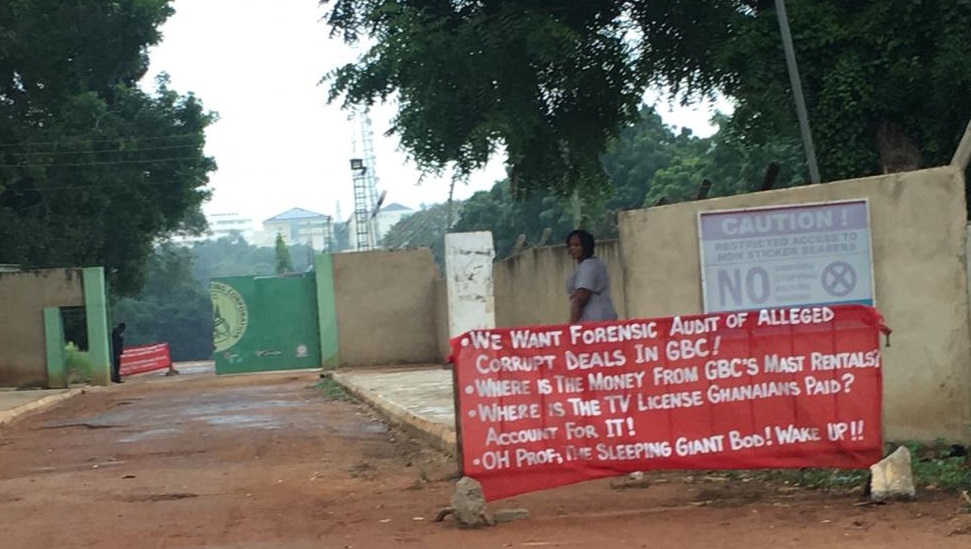 The workers said this will make them worse off when they retire.

Various parts of GBC premises were on Monday morning fixed with red bands in what is considered to be a subtle protest on the various issues they have been fighting the management over for the past weeks.

Efforts to get a reaction from the Corporate Affairs Directorate of the Corporation on the matter has been unsuccessful.

When contacted to comment on the matter, the Board chairman, Professor Emmanuel Adow Obeng, declined to speak on the issue to the media stating he was only answerable to the National Media Commission.