Founder Chief Executive Officer of defunct UT Bank Prince Kofi Amoabeng has been charged with stealing and money laundering by an Accra Circuit Court for his role in the collapse of his bank in 2017.

Prosecution told the court investigations are ongoing in the two separate cases to unravel more on the offences they have committed.

Prince Amoabeng was subsequently granted bail by the court presided over by Justice Essandor to the tune of GH¢110 million with two sureties who earn not less than GH¢2,000.

For his case, the CEO of defunct Beige Bank has been remanded in police custody and is to be held for a week.

This was after his bail application was dismissed.

In an argument in support of the bail application, his lawyers said he was going to cooperate with directives of the court.

The court took the decision based on the submission that investigations are still ongoing even though prosecution did not oppose the bail application.

Attaa Adwoa was inspired by my ex – Bosom P-Yung 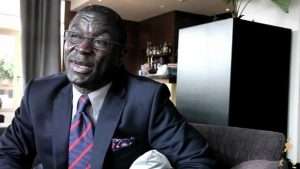