The three kidnapped girls[/caption] A forensic examination is scheduled to be conducted on the human remains discovered and retrieved from a sewage tank behind the home of the key suspect in the three kidnapped Takoradi girls’ case. Ahead of the test, many residents who witnessed the Friday night operation at Kansaworodo by the Police Criminal Investigations Department believe the remains are that of the three kidnapped girls. “The discovered human remains would be sent to the forensic science laboratory of the Ghana Police Service for analysis and further investigations” the Police CID said in a statement following speculations the remains are that of the three kidnapped girls. The human remains were discovered in and retrieved from a septic tank behind an uncompleted building previously occupied by the key suspect in the case, Samuel Udoetuk Wills, a Nigerian being tried with one other for the kidnapping of the three girls. [caption id="attachment_131560" align="aligncenter" width="1080"] 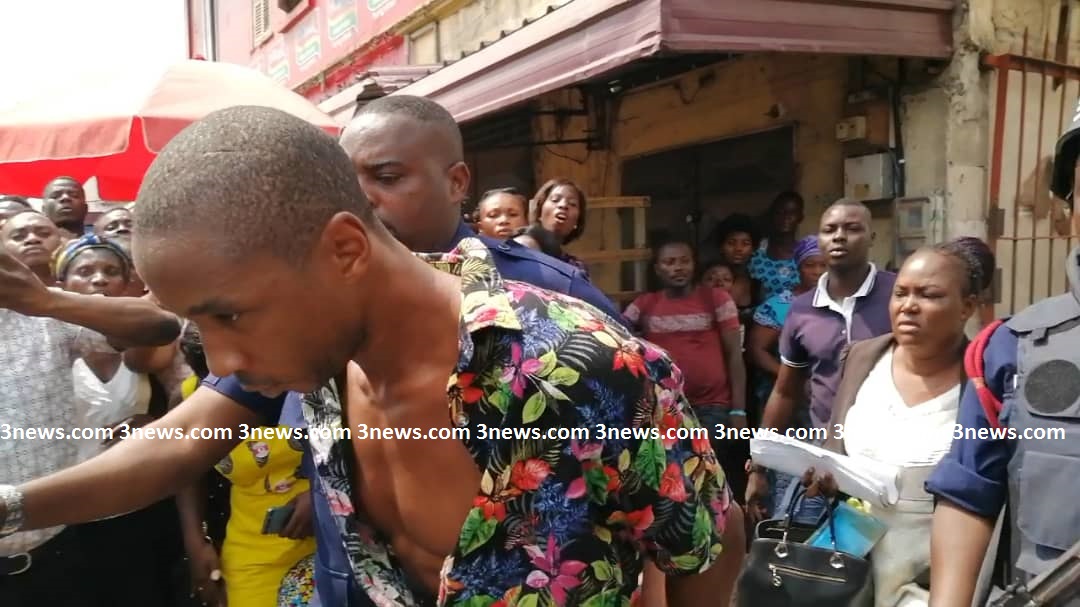 Samuel Wills leaving the court premises on January 9.[/caption] Police said the operation formed part of the investigations into the case that has for the last year become an albatross on the neck of the Police CID. The three kidnapped girls – 15-year-old Priscilla Mantebea Koranchie; 18-year-old Ruth Love Quayson and 21-year-old Priscilla Blessing Bentum – went missing between August and December last year. Following this, suspect Samuel Udoetek-Wills was arrested but he broke jail in December, 2018. He was later re-arrested. He is currently on trial with John Oji, another Nigerian who was arrested in June this year. On April 2, 2019, CID boss Maame Tiwaa Addo -Danquah assured the general public that the police knew the whereabouts of the missing girls and was working towards returning them to their respective families.
READ ALSO:  Missing girls’ families can witness DNA tests — IGP
By 3news.com|Ghana]]>