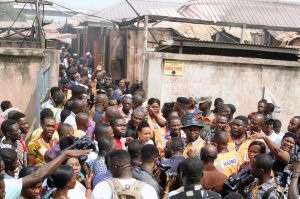 Stall owners and traders at the Pedestrian Shopping Mall in Accra have served notice they will no longer pay taxes to the Korle-Klottey Municipal Assembly until the market is given a significant facelift.

The market, which was built in 2007 to accommodate traders who hitherto sold along the streets and pavements at the Kwame Nkrumah Circle, has not seen any major renovation.

Their threat comes on the back of government failure to refurbish the market that has suffered at least three fire outbreaks in recent times, which the traders say, have greatly destroyed part of the market.

They have thus vowed to chase out revenue officers from the assembly who may show at the place to issue out tickets to their members.

According to them, the situation at the market has affected business activities, thus making the market unattractive to the public.

Chairman of the traders, Ernest Mensah, told Onua FM that the situation has compelled their members move out of the market to sell on the streets.

He stated that the traders have vowed not to move back to their stalls due to poor sales and the fear of their wares being destroyed by fire outbreak or flooding.

The chairman claimed the market is currently on the verge of collapsing, stating efforts to get authorities to refurbish and rematerialize the market has proved futile, hence the decision to resist paying any form of tax.

According to him, the traders who are still selling in the market have threatened to join their counterparts by the roadside, and warned they will resist any attempt by the assembly to drive evict them. 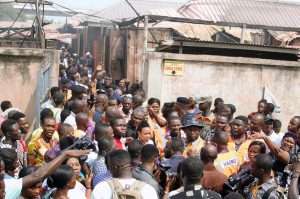