High Chief (Dr.) Olu Benson Lulu-Briggs[/caption] The sons and principal members of the family of High Chief (Dr.) Olu Benson Lulu-Briggs who died while airborne to Ghana have discredited an autopsy carried on the late philanthropist at the 37 Military Hospital. Though the report was yet to be made available to the family, they suspect the process was compromised. They are therefore demanding a fresh autopsy to be conducted on the body of High Chief Olu Benson Lulu-Briggs. In a letter addressed to the Director General of the Criminal Investigation Department of the Ghana Police Service on Friday, the family said the autopsy done on July 19, 2019 breached agreed procedure. According to them, Dr. Lawrence Adusei who conducted the autopsy was not the one agreed by the parties and endorsed by the court to carry out the exercise. “Our instructions are also that the said Dr. Lawrence Adusei, in blatant disregard for the said Court Order, did not only refuse to take three (3) samples for examination but also emphatically denied our Clients’ request for a sample,” the letter signed by the family’s lawyer, Nana Agyei Baffour Awuah said. “Indeed, apart from the autopsy being conducted in blatant breach of the court order, the conduct and the control of the process by the said Dr. Lawrence Adusei raise fundamental questions about, and compromises the credibility of the autopsy.” It is for this reason why the family want another autopsy in compliance with the court order. “Consequently, Dr. Lawrence Adusei’s involvement in a matter controversial as the instant one was most unfortunate to say the least. In the circumstances of the aforementioned breaches and discredited autopsy, we have the instructions of our Clients to say that they do not trust the process to yield a credible outcome. Our Clients therefore respectfully request for a fresh autopsy to be done on their deceased father’s body in compliance with the Court Order in order to remove all doubts and bring finality to the matter.” 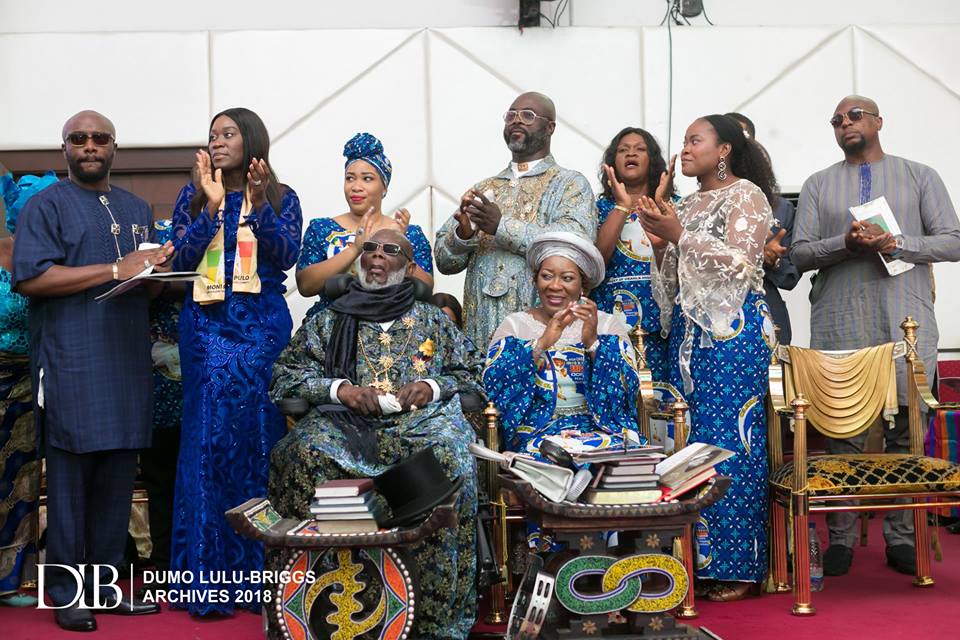 Background The ailing oil magnate and philanthropist High Chief O.B. Lulu-Briggs was flown to Ghana by the now widow Mrs Seinye Lulu-Briggs on a chartered flight on December 27, 2018. A medical report from the Airport Clinic where High Chief O.B. Lulu-Briggs was said to have been sent to, straight from the Kotoka International Airport, said he was brought there “unconscious” on 27th December, 2018 at about 6:42pm. “His vitals were unrecordable (i.e. Pulse, Blood Pressure and Respiration). His oxygen saturation was also unrecordable,” the report said. His sons are now questioning how their stepmother was able to procure a medical cause of death certificate to be quickly issued to her to deposit the body at Transitions Funeral Home and procured a permit to export his body without the consent of the family of the deceased. Sources said one of his sons Chief Dumo Lulu-Briggs, Chief of the Lulu-Briggs family of the Abonema, Port Harcourt in the Rivers State of Nigeria and Chief mourner, said that the family saw their father the day before his trip to Accra and he looked quite well. They were not told that their step mother had planned to bring their ailing father to Accra on a purported vacation, he said. According to him, they also discovered that their father, inspite of being sick, was locked up in an aircraft together with some other persons, for five hours at the Port Harcourt Airport, under the pretext of waiting for a landing permit to travel to Accra. 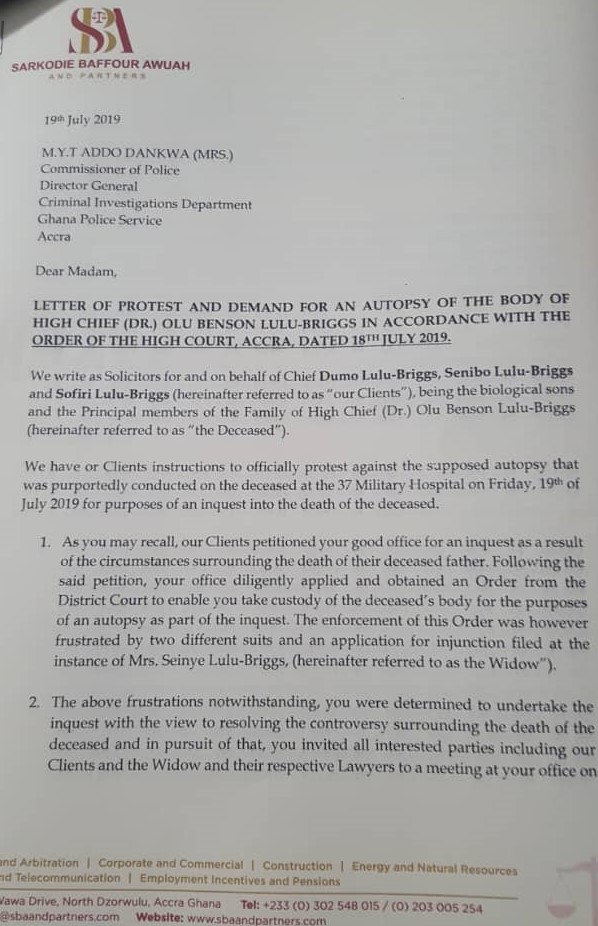 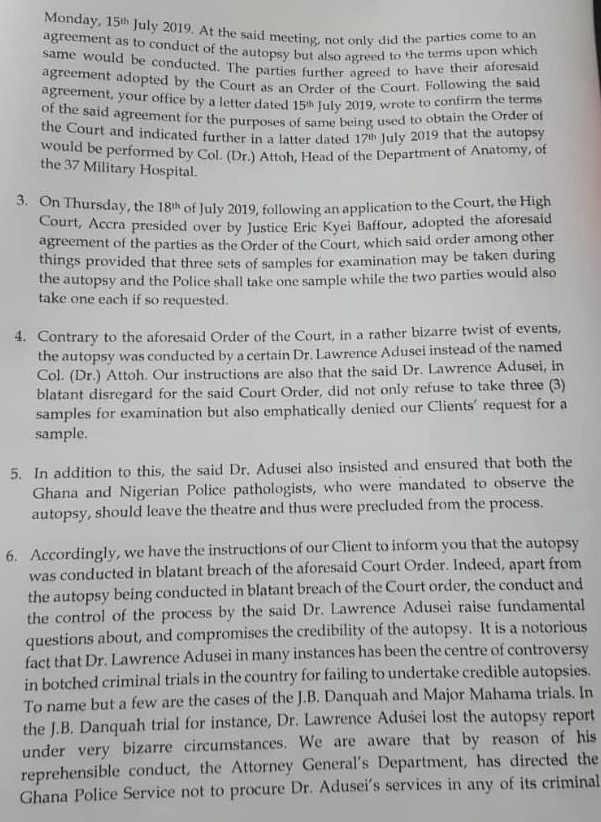 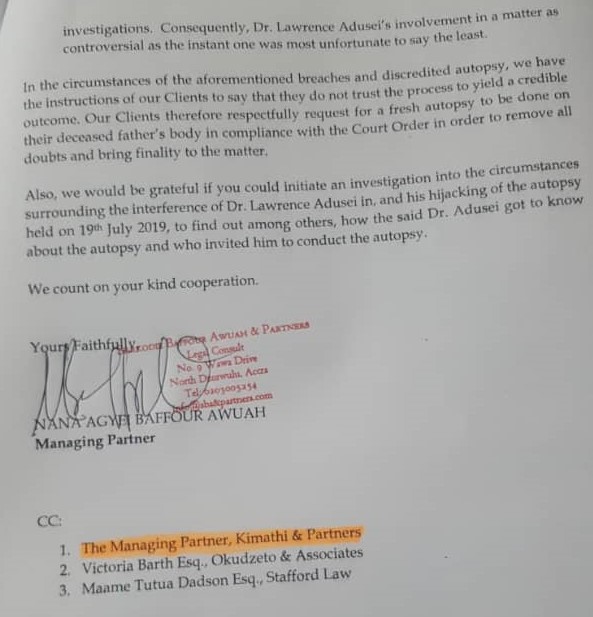 We’re solidly behind you to punish anyone engaged in galamsey –...