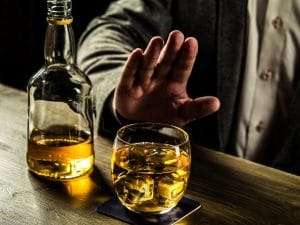 Excessive alcohol consumption is a major risk factor for liver cancer, Dr Asare Offei, a surgeon at the Korle-Bu Teaching Hospital, has said.

“Excessive alcohol intake is the main cause of cirrhosis of the liver, which happens when scar tissue builds up on the liver, stopping it from working properly,” he added.

He said drinking alcohol increases the risk of cancers of the mouth, esophagus, pharynx, larynx, and liver in men and women.

Dr Offei said this at a Health Awareness Symposium, dubbed: “Cancer Can’t but We Can,’’ organised by the Ghana Institute of Management and Public Administration (GIMPA) Law Students Association, in collaboration with the GIMPA Clinic in Accra.

“Hepatitis B and C infections are responsible for 85 per cent to 90 per cent of liver cancers, and as such we need to take measures to prevent these infections, and seek treatment to reduce the risk,” he said.

He said managing or controlling Hepatitis B helped to reduce the death rate associated with liver cancers across the globe.

Dr Offei said risk factors for Hepatitis B include having multiple sex partners, using injectable drugs, having a sexually transmitted disease, having a chronic liver disease, and having diabetes under the age of 60.

He said individuals could reduce the risk of the disease by being vaccinated against Hepatitis B, being tested for Hepatitis C, and practicing safe sex.

Dr David Okoh, a Surgical Specialist at Achimota Hospital, touching on breast cancer, said even though the disease was deadly, early detection could help manage it.

He said late diagnosis, screening, and inadequate facilities were significant factors in the high number of deaths recorded from the disease.

The month of October has been set aside worldwide to raise awareness of the disease, and this year’s theme is: “Early Detection and Effective Treatment Saves Life.”