[L-R] Alhaji Kamara and Ibrahim Abubakari[/caption]A house and a Land Cruiser vehicle belonging to a former Member of Parliament,  Ibrahim Dey Abubakari, has been seized to satisfy a 1.5 millon-cedi judgment debt in favour of a former National Security Advisor, Alhaji Baba Kamara. Court officials and auctioneer on Thursday, August 22 went to the house located at Adenta in Accra to post an auction notice on the landed property and to seize the vehicle registered NR 1313-14. It followed the granting of an order for Alhaji Kamara to attach the assets of the ex-MP for Salaga South to the judgement. The High Court in April 5, 2019 ordered the ex-NDC MP to pay Alhaji Kamara 1.5 million cedis in damages for defamation. [caption id="attachment_133425" align="aligncenter" width="810"] 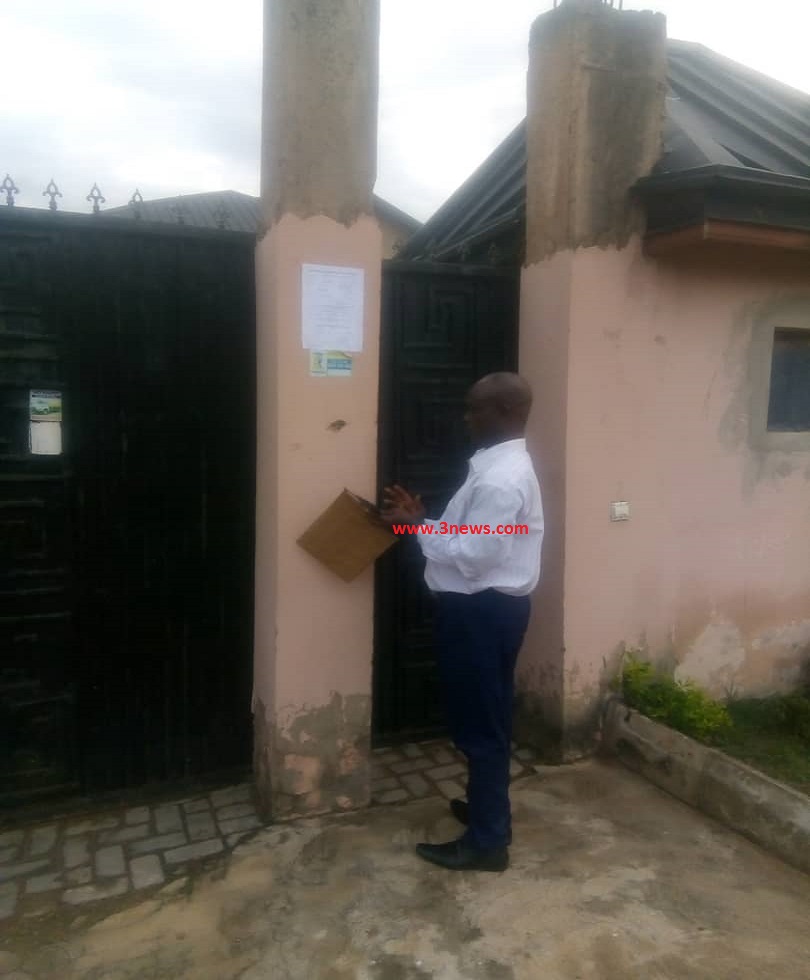 Auctioneer posting a notice on the building to be auctioned[/caption] Mr Abubakari accused Alhaji Kamara of inflating contract costs in the renovation of the Vice-Presidential Mansion and pocketing the money meant for a water project in Salaga. He also claimed that the former National Security Advisor diverted state vehicles and other items for his personal use, statements Alhaji Kamara found to be defamatory. Alhaji Kamara consequently sued for damages in March 2017, which was in April 2019 granted by the court presided over by Justice Patience Mills-Tetteh, after finding Abubakari liable on grounds that he deliberately set out to damage Alhaji Kamara’s reputation. The former MP failed to pay the damages and filed an application to stay the execution of the judgement. In the said application, Abubakari claimed he was unemployed and could thus not pay the amount. But the court on August 7, 2019 dismissed the application for stay of execution on grounds that the former MP did not raise any exceptional circumstances. Alhaji Kamara thus took steps to have the judgement executed, leading to the court granting an order for Abubakari’s properties to be sold to offset the judgement debt with immediate effect.

Police chase man seen abusing a child in a video; announces ¢2000 reward for persons who give leads