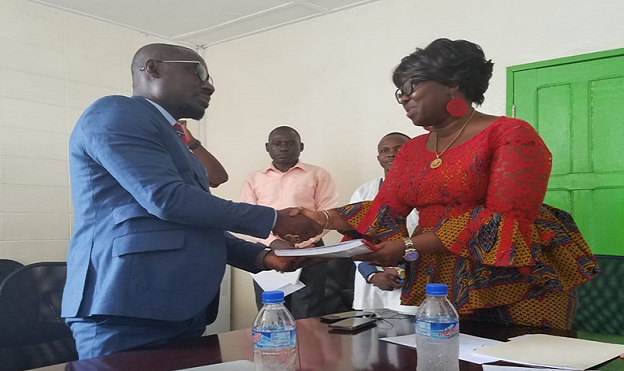 Pioneering technology firm, Esoko, has signed a 12-month contract with the government of Liberia to embark on data collection in the West African country. The project, being funded by the World Bank through USAID, aims at collecting social data of 200,000 households, as part of the government of Liberia’s Household Social Registry Project. About one million deprived people living in households under extremely poor, food and nutrition insecure conditions, to be captured under the project, will benefit from social protection packages such as cash transfers and other social resilient services. The initiative is under the auspices of the Ministry of Gender, Children and Social Protection and will be rolled out in four of the 15 counties; Bong, Bomi, Nimba and Maryland. According to the Minister, Williametta Saydee-Tarr, the Liberian government and its partners stand to benefit from the data that will be collected for their social development programme. She further noted that, the end goal is to improve livelihoods for the government’s pro-poor agenda. The social registry when created, will ensure there is synchronization of a common database which will drive the efficiency of policy formulation and implementation, enhance programme tracking, monitoring and management. “Esoko is pleased for this opportunity to bring our unique leadership and expertise in combining modern advanced technology in data digitization and field deployment solution to support the Liberian Government in this pro-poor development agenda,” Chief Executive of Esoko, Dr. Daniel Asare-Kyei said. He added: “As a company, we exist to drive digital and financial inclusion for Africa’s rural people and this project is set to achieve just that.” Esoko has successfully delivered similar flagship projects in partnership with government of Ghana. These projects include the Ghana National Household Registry (GNHR) exercise, where 120,000 households were surveyed. The biometric and spatial data of 200,000 farmers were also collected for government of Ghana’s Planting for Food and Jobs Programme. In a record time of two months, 400,000 households were profiled under the government’s Livelihood Empowerment Against Poverty (LEAP) programme. All these were made possible through Esoko’s tried and tested data collection technology (Insyt) combined with its professional and dedicated team.