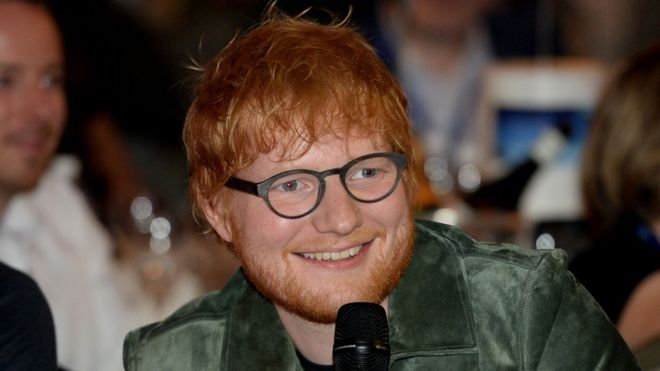 Ed Sheeran has thanked his fans after breaking a tour record set by U2.

The singer-songwriter’s Divide tour will be officially the biggest, most attended and highest grossing of all time when he plays in Germany later. He wrote on Instagram: “Thanks so much for each and every one of you who have come to a show. 12 shows left, will never forget it x.” The tour began in March 2017 and will culminate at Chantry Park in Sheeran’s local town Ipswich later this month.

By the time the finale comes around he will have spent 893 days on the road, compared to the 760 days U2 toured. According to trade publication Pollstar, the Divide tour’s final show tally is 255 compared with U2’s 100 dates on their 360 Tour. Sheeran also surpassed Bono and co’s tour attendance record of 7.3 million with a gig in France in May. The volume of Divide shows was the key to breaking the record despite Sheeran’s lower average of 34,541 per show, nearly half of U2’s 66,091. Sheeran’s manager Stuart Camp said the achievement was “truly incredible”. “I don’t think there’s much of a coincidence that my favourite band growing up was U2. I’m not putting us at that level because they’ve obviously maintained their career for much longer, but to even be in the same ballpark as them or spoken in the same sentence with a touring act like that is very humbling.” The 28-year-old is also enjoying a third week at the top of the UK album charts with his latest offering, No.6 Collaborations Project, which features some of his famous friends including Justin Bieber, Bruno Mars and Eminem
READ ALSO:  Nautyca lied about his marriage; Men like that don’t say the truth – Kisa Gbekle
Source:BBC]]>