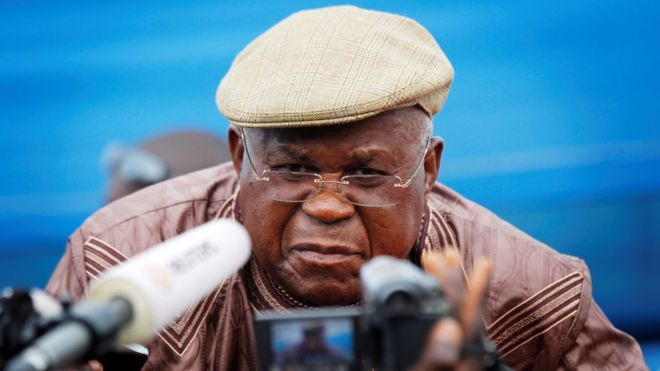 Mr Tshisekedi was a prominent opponent of successive Congolese leaders[/caption]

Etienne Tshisekedi, one of the country’s most important advocates of democracy, was a prominent opponent of successive Congolese leaders. The party he helped found in 1982, the Union for Democracy and Social Progress party (UDPS), said he had travelled to Belgium last week for medical checks. He was due to head a transitional council under a deal for President Joseph Kabila to step down this year. Mr Tshisekedi served as a minister under autocratic ruler Mobutu Sese Seko in the country then known as Zaire before helping to set up the UDPS. During the 1990s he was named prime minister four times but did not remain in the position after clashing with Mobutu, who was eventually forced out in 1997. His activism meant he remained popular but in recent years he had been suffering ill health. Source: BBC]]>
READ ALSO:  Don’t move to bigger teams - Saani Daara advises