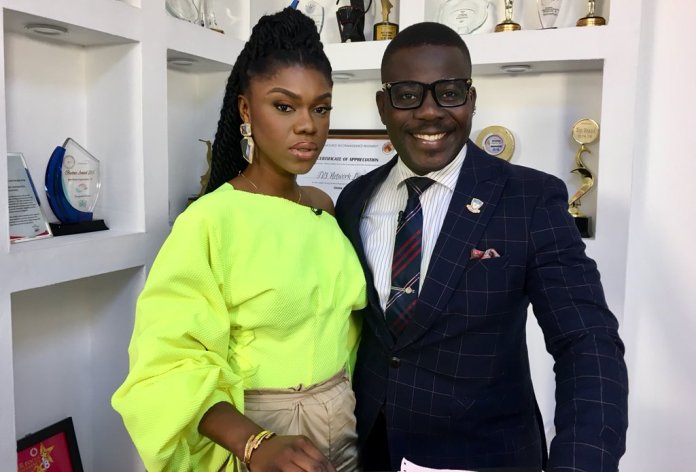 Singer Becca has said it is unfair for the artistes who endorsed Menzgold to be blamed for the mishaps that hit the gold- trading firm.

Menzgold has been in the news for failing to acquire the right license for its operations, a situation that led to the company being closed down, with customers funds being locked up.

In an interview with Johnnie Hughes on TV3 New Day, the musician said, “I don’t think that any artiste at all should be blamed for this. Like any institution, nobody reveals their inside details to you.”

She believes the artistes who endorsed the gold dealership firm may not have been privy to the full details of the company and its transactions.

According to her, she was out of the country during the Menzgold brouhaha due to her pregnancy and that explains her silence over the matter.

According to her, artistes usually nurture their brands in order to get people to sign them.

“We as artistes grow our brands so that we are signed by people. This is how we feed – endorsements and all.”

She however empathized with the affected customers, “We just hope that people get their monies back. It’s not only about them. I have families and fans who were affected as well.”

Meanwhile, Becca has maintained that she is ever ready to take up an ambassadorial role for a financial institution.

Menzgold customers storm NAM1’s office for their locked up funds