Aisha Huang failed to meet her bail conditions[/caption] INTRODUCTION As a republic, Ghana has the responsibility to legislate primary laws to regulate the behaviour of Ghanaians and foreigners who are within her territorial borders and sanction offenders of such laws with secondary legal provisions. The nation has exercised these powers through, among other things, the passage of the Minerals and Mining Laws and the prosecution of those who conflict this law. Mining in Ghana is to conform to the Mineral and Mining Law of 1986 (PNDC Law 153), as amended by the Mineral and Mining (Amendment) Act of 1994 (Act 475), the Minerals and Mining Act, 2006 (Act 703) and the Minerals and Mining (Amendment) Act of 2015 (Act 900). Effective implementation of this law has contributed to Ghana dethroning South Africa as the largest gold producer in Africa according to a recent data from the World Bank. In respect of the above, Ghana has the mandate to protect her land, forestry, minerals and water bodies, and effect situations that mirror the state’s Mining Laws and its Immigrations Act, 2000 (Act 573) without fear or favour – no matter whose ox is gored. The New Patriotic Party’s (NPP) government is however yet to provide tangible reasons to the people of Ghana for discontinuing a criminal suit against a Chinese national Aisha Huang with her four accomplices after she offended mining laws and immigration laws. The largest opposition party in Ghana, the National Democratic Congress (NDC) has assured Ghanaians of its intention to extradite Aisha for prosecution and punishment when it forms government again.

What are the possible implications of government’s stance and the stance of the potential NDC government at the national level and at the international level? Does government’s stance strengthen relations with China for prospective deals or make Ghana dark in the international community? Is the NDC’s stance feasible or is it to secure political favour from Ghanaians ahead of the next general elections? These are some questions many Ghanaians home and abroad have sought answers recently. DEPORTATION BY THE NPP GOVERNMENT Senior Minister Yaw Osafo Maafo in April 2019 stirred an already settled uproar concerning the deportation of Chinese national Aisha Huang. She was accused of illegal mining and illegal employment of foreign nationals, arraigned before court in May 2017 but was subsequently deported in 2018; narrowly escaping a maximum jail term of 20years and payment of GHC3,600,000.00 under Sec 99 (3) of Act 900. The section provides that: “A foreigner who undertakes small scale mining operations contrary to the provisions of this Act commits an offence and is liable to summary conviction to a fine of not less than thirty thousand penalty units and not more than three hundred thousand penalty units or to a term of imprisonment of not more than twenty years or to both.” The court proceedings were discontinued by the state making no one capable of declaring Aisha liable or not for the various charges. But the senior minister is reported to have said Ghana has economic boosting prospects with a Chinese company to create more jobs for the youth; that should be the focus of the Ghanaian people, not the deportation of Chinese illegal miner. The People’s Republic of China has gained momentum in the international community over the past six decades and is currently making impact in African countries and Ghana has not been left out. 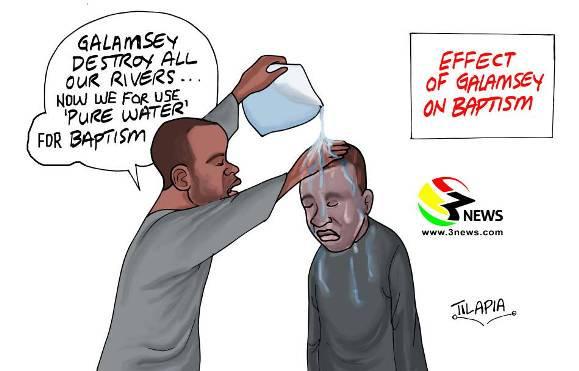 His comment aroused a civil unrest over what appears as a barter trade: an exchange of exclusive criminal jurisdiction for a foreign-public partnership that offers Aisha an unqualified foreign immunity at the expense of Ghanaian offenders, although it has been denied vehemently. Foreign immunity covers officials of other states who, while rendering their official service in a host state, injure the laws of that host state. The host state would usually request the sending state to replace an offending official if the offense is intolerable. There are other instances where states could agree to exchange an offender for an offender to cut long story short.  Aisha Huang was not on a Chinese governmental task neither was she exchanged for a Ghanaian offender from China – if there is any. She therefore has no immunity whatsoever from Sec 99 (3) of the Act 900. With five foreign nationals benefiting from the deportation move, government sets a precedent that, it is normal to simply deport foreign illegal miners in the future without allowing the law of the land to take its full course. Government is yet to sufficiently account to the people who power belongs – Ghanaians – on this saga, probably in the next State of Nation’s Address. The implication of its stance at the national level is that, a successive government would rely on this in similar circumstances, by rather deporting a foreign offender than applying the laws of the land. What is intriguing is, it might be a different crime that Ghanaian people are much more connected to but they may only express their displeasure about it, then let it pass! As the international community is a cross-border village with individual states competing for offers in exchange of opportunities, this situation has the tendency of reoccurring in the country – maybe in a different manner. If it does, it shall consequently become a state practice into which the international community would tap for refuge. States may offer opportunities in exchange of their citizens who offend Ghanaian laws knowing Ghana has in the past been lenient on foreign offenders. 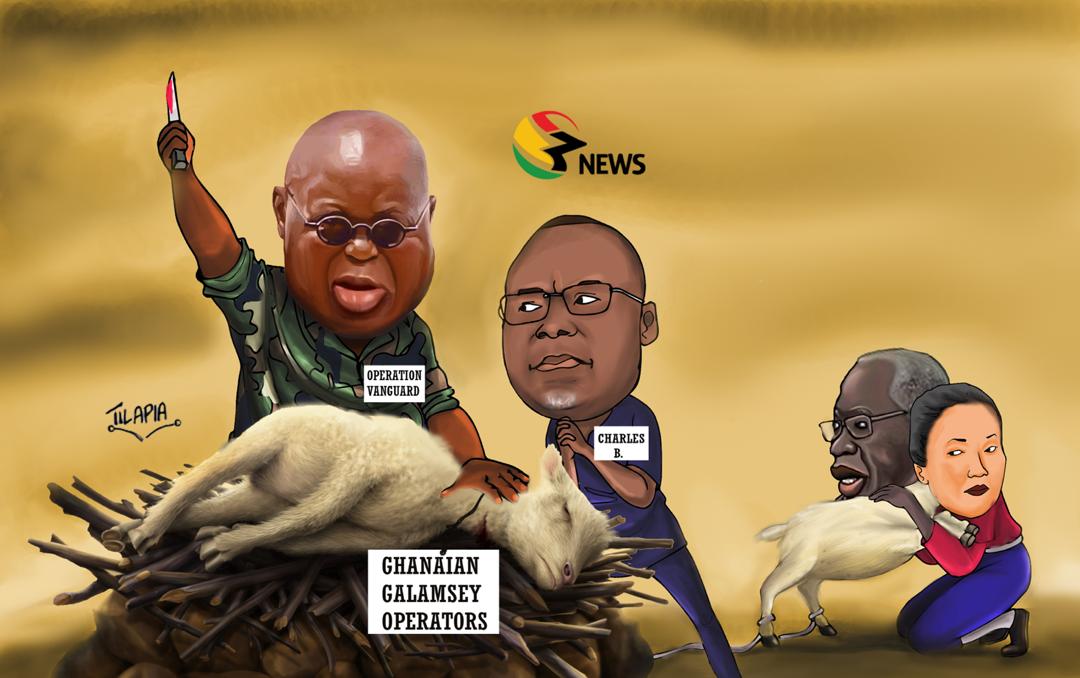 EXTRADITION BY THE FUTURE NDC GOVERNMENT The NDC through its member of parliament Okudzeto Ablakwa announced the party’s intentions to start extradition processes to get Aisha back to Ghana for prosecution and punishment; albeit, Ghana and China has no extradition covenant yet. With the sovereign equality that the Vienna Convention on the Law of Treaties bestows on individual states in treaty making, every state has the liberty to enter or not to enter into a treaty with another state. The future NDC government could not force China to contract any binding bilateral charter to extradite Aisha to Ghana neither could it also be in conflict with international laws by leading into Chinese territory for Aisha. Should China consent to such an agreement, parliament of Ghana with its mandate as a law making branch of government may have to transform that treaty into national laws so it binds Ghana as an international law. Majority carries the vote! If the NPP manages to maintain being majority in parliament during the next NDC government, then that shall be a tough time for the NDC to maneuver through with this agendum; especially as the NPP parliamentarians shall remember that, the intention of such potential law is to reverse their action on the Aisha case. The people are absolutely not happy about her deportation but as to how enough the majority or minority represent the views of the citizenry, it is another topic worthy writing on. All things being equal, could a new law punish an offender from history? After the next NDC government passes this treaty, could Ghana strikes China on the Aisha case with this treaty? Unless of course it is provided in the treaty that, the treaty shall have the power to impact extradition cases from the past, Ghana will not be able to bring back Aisha for that intended purpose, at least on with that treaty. Okudzeto’s comment does not come as a surprise to Ghanaians since there is a common threat among politics, international relations and international law. It is in line with this that reports link his comment to the 2020 General Elections during when there could be an intense struggle for superiority and authority largely between the NPP and the NDC. Politicising illegal mining may however not be a good move, as such shall invalidates the potential extradition convention between China and the next NDC government. The Vienna Convention on the Law of Treaties which all treaties conform to excludes political crimes from extraditions; but if the menace is maintained as an environmental crime then the treaty – if successful – could be applied to subsequent relations between the two states. 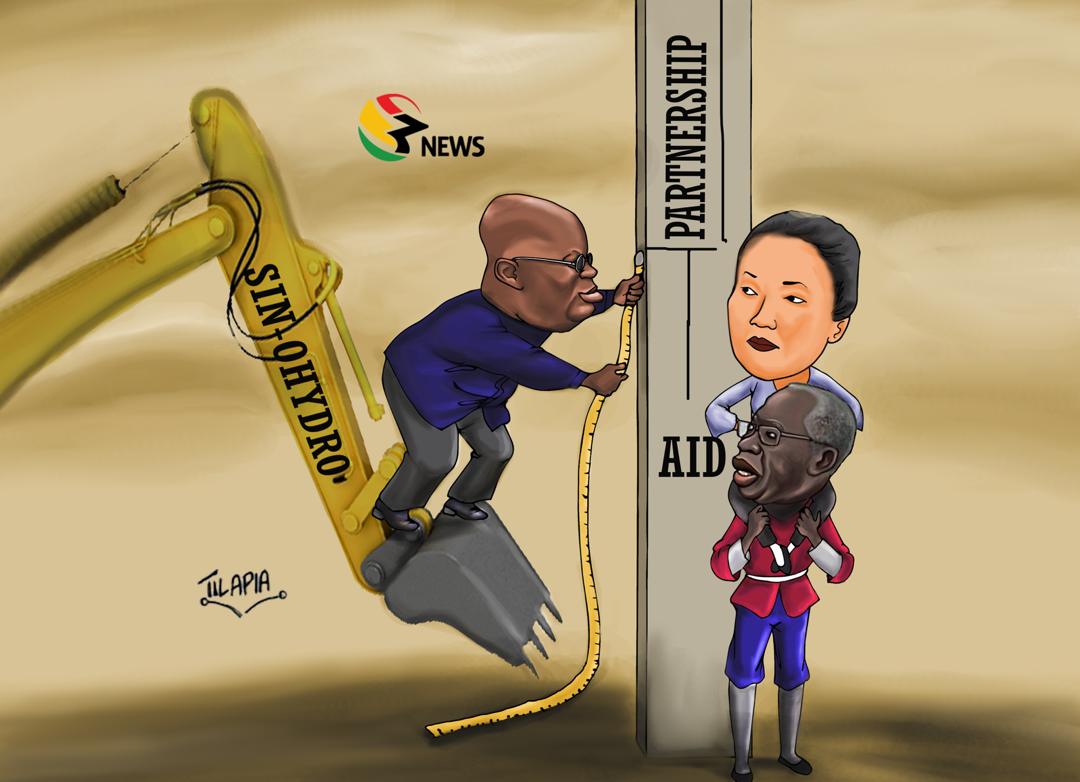 CONCLUSION In simple terms, the happenings are similar to:

READ ALSO:  Galamsey still ongoing, this time in the night - Military detect
This time it is an NPP government deporting and NDC future government intending to extradite galamsey queen Aisha Huang for prosecution and punishment. Your guess is good as everyone’s; there is a potential deportation by the NDC and a potential intention to extradite by the NPP in the future. That has somewhat been Ghana’s fate in the recent past and it will not be surprising to experience a re-occurrence of this in a reverse. Need I remind you of the past? Jubilee House – Flagstaff House – Jubilee House and 3years of SHS – 4years of SHS – 3years of SHS. Come what may, the international community is watching abroad readily available to take advantage of the games Ghana plays at home for benefit. May Ghana win the battle against illegal mining? Long Live Ghana, Long Live International Relations! By Spencer Kwabena Boateng Mensah Spencer is a broadcast journalist with Media General (TV3, 3FM, 3news). Twitter: @bezzlespencer_      Views expressed here are solely his and do not, in anyway, reflect the editorial policy of his organization.]]>