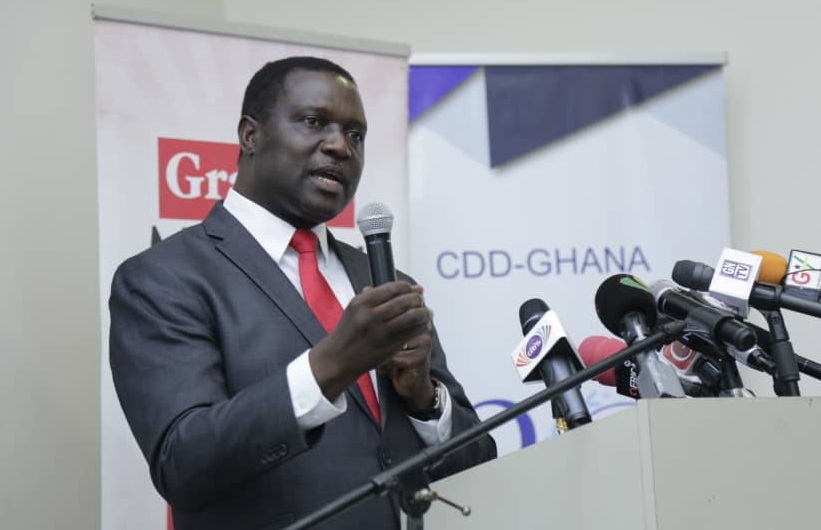 The challenges facing the Senior High School computer placement system have forced Deputy Education Minister Dr Yaw Osei Adutwum to cut short his trip to the United Kingdom and race back to Ghana to help resolve the issues.

Dr Adutwum who delivered the keynote address at the 2019 UKFIET conference, our sources say, will return to Accra Wednesday to offer the team on the ground  “solution to the challenges” that have created chaos.

There were rumours that the deputy minister who is well-versed in the management of the system, has been sidelined in the placement exercise this year, with claims his login credentials were revoked.

Problems associated with the computerised school selection and placement system caused thousands of desperate prospective SHS students from across the country and their parents to throng the Independence Square in Accra Monday anticipating to have their issues resolved.

Health consideration will be key in deciding whether or not to reopen schools – Dr. Adutwum

But a chaotic atmosphere caused a mini stampede leading to the collapse of some students and parents.

Issues ranging from non-placement and wrongful placement among others have triggered public outrage with critics questioning the competence of the managers of the system in view of the recurring issues.

Education Minister Dr Mathew Opoku Prempeh has refused Tuesday to answer questions on the challenges when asked by journalists at a teacher conference to respond to the issues that have come up.

When pushed further, he retorted “I’m not going to distract”, but assured the public he would later “address the placement issues”.

Meanwhile, the Ghana Education Service has claimed occurred as a result of a hack of the computer placement system.

“There was some sabotage …there were cyber issues happening where people were trying to enter the system. From both home and abroad,” a deputy Education Minister Dr K.B. Tandoh told Citi TV.

For the Coordinator of the computer placement system Dr. George Atta-Boateng, the issues arising were partly the cause of a new software used by the GES for this year’s placement exercise.

“In view of the challenges that had been associated with the CSSPS system for secondary schools, deputy minister of education, Dr Adutwum has cut short his attendance to a conference in the UK,” a source told 3news.com Tuesday.

The deputy, according to the source, “is expected to offer support to the team in order to find a solution to the challenges that has plagued the computer placement system”.

Health consideration will be key in deciding whether or not to reopen schools – Dr. Adutwum

You are making us proud – Pramso chief praises Dr. Adutwum