Home News Defiled & impregnated 13-yr-old girl undergoes CS to save her life
WhatsApp
Facebook
Twitter
Linkedin
Telegram
Email
Doctors at the Battor Catholic Hospital have been forced to perform an emergency surgical procedure to deliver a 13-year-old girl who was defiled, impregnated and left with life threatening condition, of a baby girl.

For 34 weeks, the girl never attended antenatal clinic and survived on only one cedi a day, causing her to develop preeclampsia in its worse form, a medical condition doctors explained threatened her life with stroke and death.

Mary (not her real name) was immobilised by her condition; her legs and feet became heavily swollen. 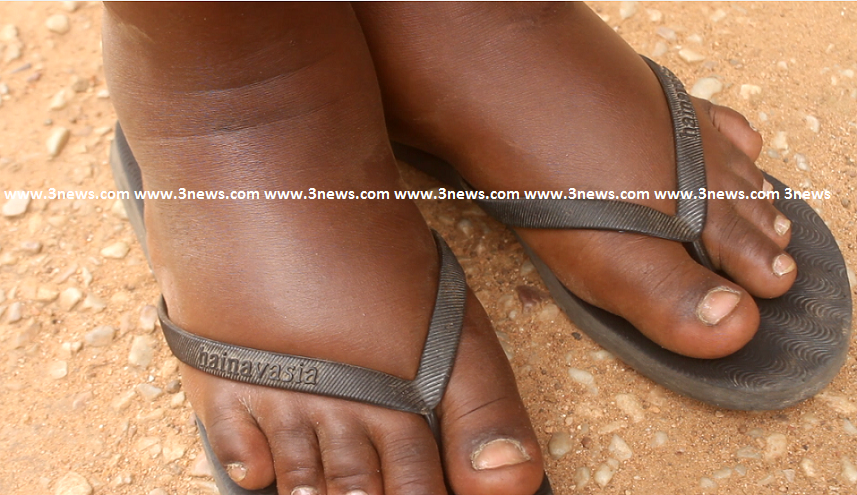 A good samaritan, who got wind of Mary’s condition, went to her home at Mafi Akalamador in the Central Tongu district of the Volta Region, to take her to the Battor Hospital on Tuesday September 3.

“The young girl came at the right time,” Dr Bernard Atuguba, the obstetrician and gynecologist specialist who examined and diagnosed Mary, told our correspondent Josephine Frempong.

According to the medical director, her BP was “very high” and she had “protein in her urine”, for which reason they had “deliver her within the shortest possible time”.

“She was immediately prepared for theatre after her BP was controlled, given medication to control seizures before performing a CS to deliver the girl of a baby girl”.

Dr Atuguba explained further that they had to perform caesarean section because the victim’s “cervix is not favourbale for her to go through normal delivery”.

“In 20 minutes, we delivered a female baby; 2.2kg. The survival rate is very, very good with this weight so baby is fine,” the doctor said.

The baby was immediately put under radiant heater and maintenance ID fluid, the doctors said.

According to Dr Atuguba, though the baby and the mother are doing well, they will be detained for more days to monitor their condition.

“From the radiant warmer, baby will be put in incubator and then all the necessary treatment will be given to the baby,” he said.

“When the mother recovers, we will now teach her how to do the kangaroo care; so the baby will be put unto her skin such that the skin will provide the necessary warmth to the baby, Dr Atuguba added.

How she was defiled

The victim, whose mother is deceased and father bedridden at Yeji, was staying with her aunt, also bedridden, in the family house of the suspect at Mafi Akalamador.

Mary, who had her first menstruation in January this year, was allegedly defiled during the same period, by a 20-year-old Livingstone Dzirah, while she was taking her bath.

“On that faithful day, I was bathing and Livingstone pounced on me in the bathroom and raped me on the floor,” Mary told our correspondent, stating she told her step aunt but she warned her never to discuss her ordeal to anyone.

Her family thus failed to report the matter to the Police.

When they later noticed she was pregnant, they confronted the suspect and his family but Livingstone denied the pregnancy.

As the pregnancy manifested, Mary was forced to drop out of school.

Following the advice from our correspondent on the need to report such crimes, the victim’s relatives proceeded to lodge a complaint at the Aveyime District Police Station.

District commander, ASP Stanley Avegbedor promised to push the case to the Sogakope DOVVSU to effect the arrest of the victim who has currently moved out of the home.

“I want the government to help me bring justice to my niece because this predicament has destroyed her life” one of her relatives told our correspondent.