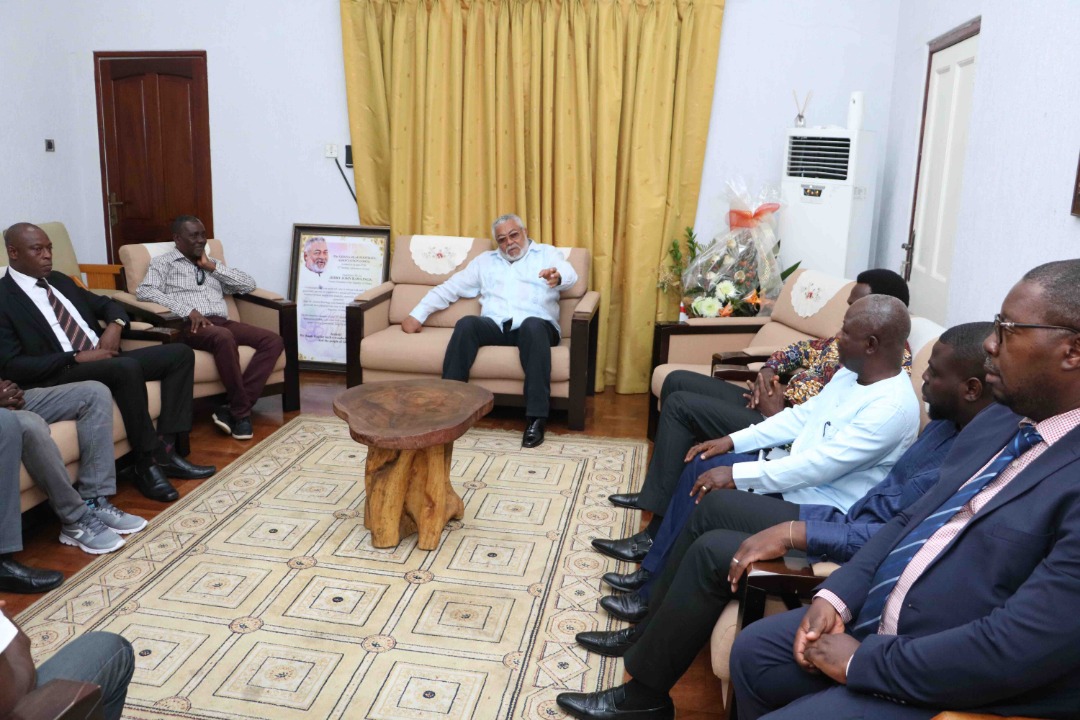 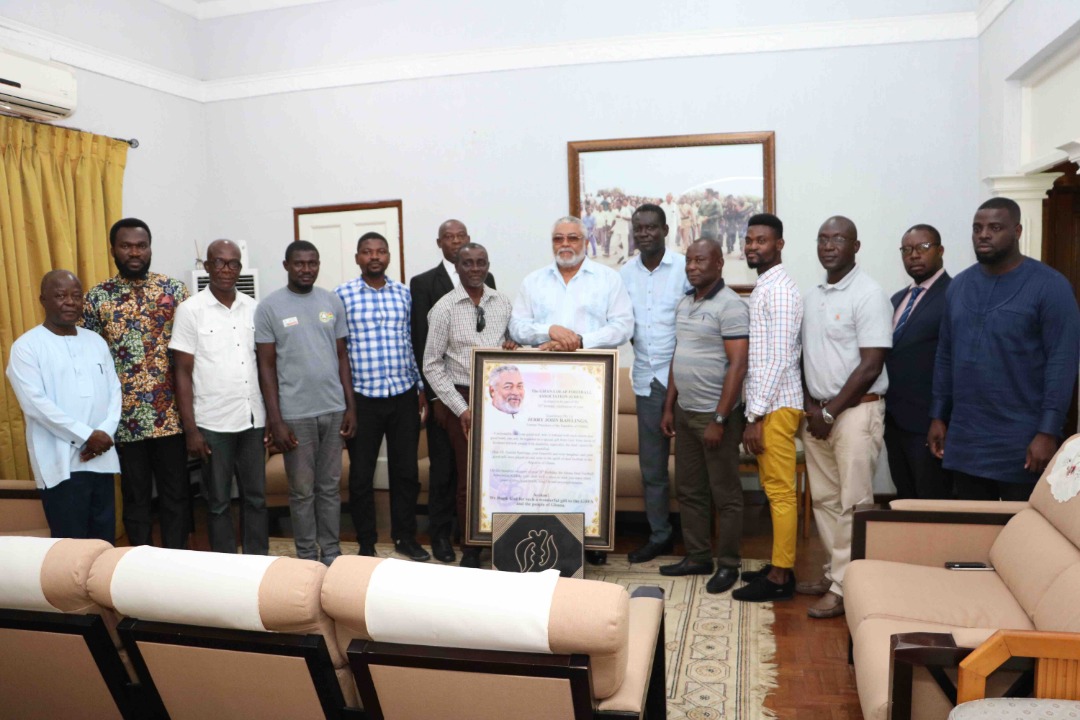 The Technical Head of the National Sports Authority, Kweku Abedu Wilson, who led the delegation, said Ghana was still deficient in technical, vocational and business education, stating that though former President Rawlings laid a good foundation through the institution of the Junior Secondary School policy, there is a lack of continuity in policy implementation. He urged the former President to continue to help towards the upliftment of the youth. Former President Rawlings expressed his gratitude to the Association for the honour done him and indicated that vocational training and discipline amongst the youth was critical to national development. He said, “If we don’t find a way of rebuilding and restoring some of these old values of discipline, the decline will continue and we will be looking all over the place for answers, yet the answers will have to do with the manner in which we comport ourselves and treat one another.” 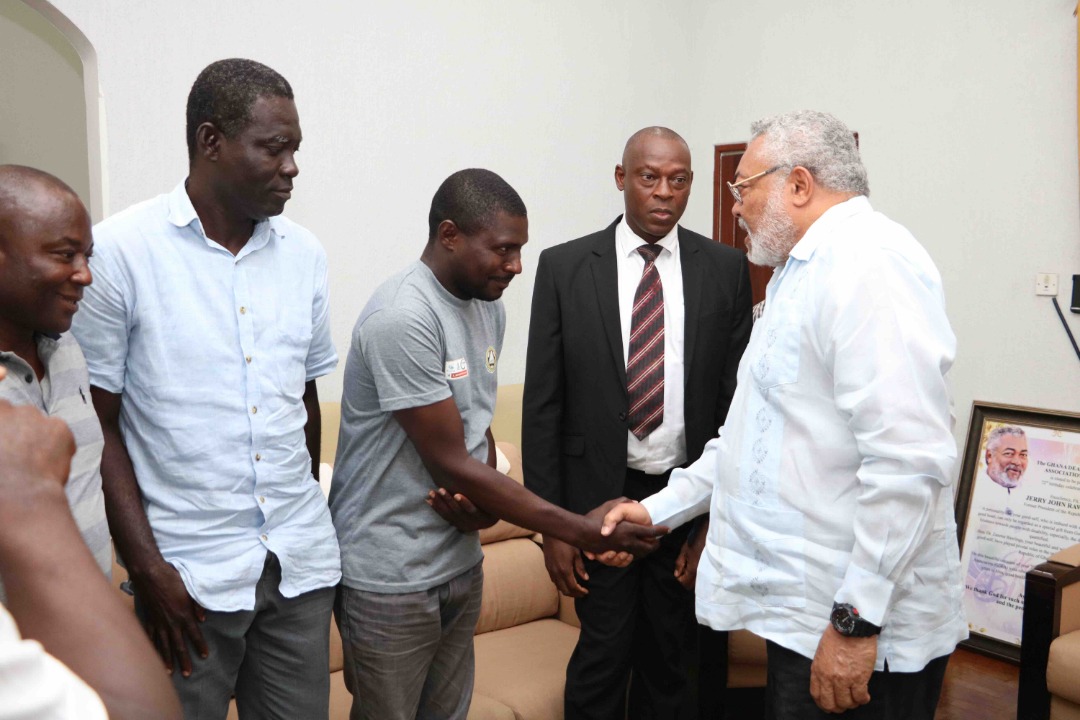 Dr. Kwesi Djokoto, an aide to the former President expressed concern about the fact that disabled persons are not factored into many of the country’s laws and regulations, stating that even in situations where there are requisite laws and regulations they are not implemented. He cited the health sector for instance where there are no translators for persons which voice and hearing impairment even though the regulations stipulate that they are present. He lamented that while there has been some good policy formulation, implementation has always been a challenge. Dr. Djokoto noted that there is still so much to be done to support persons with disabilities and said former President Rawlings will continue to advocate for the rights of disabled persons to be respected. Dr. Donald Agumenu also of the former President’s office called for the universal rights of all to be respected, stating that the former President had always taken the rights of the disabled seriously and recognized their potential. He recounted the visit of Stevie Wonder to Ghana years ago, when the former President guided him to fly and land a plane even though he was visually impaired. What Stevie Wonder demonstrated, Dr. Agumenu noted, means there’s an inner man in every person beyond the physical and a bigger potential irrespective of one’s situation. He also called on all institutions to put in place policies that protect the disabled so they can maximise their productivity. Members of the delegation included Daniel Awimbina, Vice President of the Association, Coach Winifred Annan, Ransford Lartey, Mark Mankatta Annan, and Seth Ansah. Others were Ekpo Christopher, Musa Kadiri, Isaac Taylor and George Pinto.