CSSPS PRO Josberta Gyan Kwakye (L) took the hand-written particulars of the unplaced 25[/caption] Twenty-five candidates of the Akropong School for the Blind in the Eastern Region have presented their particulars to the Computerized School Selection and Placement System (CSSPS) Secretariat for them to be placed. The students presented their names, index numbers and chosen Senior High Schools (SHSs). The presentation was upon a request by the CSSPS after it was unable to place the 25 candidates into SHSs barely one month after the Ghana Education Service (GES) began the process for the placement of students who passed their Basic Education Certificate Examination (BECE). Onua FM’s Yen Sempa on Wednesday, October 2,  broke the story about the 25 candidates whose fate of furthering their education at the SHS level was in jeopardy after numerous efforts to get the CSSPS secretariat to place them were unsuccessful. The situation, according to the candidates, resulted in doubts as to whether they could enter SHS this year or not. The placements, which were done by the CSSPS this year, was fraught with many challenges leading to help centers mounted in regional capitals across the country. Joseph Essien, one of the victims who presented their particulars, which was hand written on a sheet of paper, expressed gratitude to Onua FM’s Yen Sempa, urging them to continue fighting for the ordinary people. He said it is expensive for a visually impaired person to enroll at the SHS level because they had to purchase a lot of school equipment. [caption id="attachment_137079" align="alignnone" width="738"] 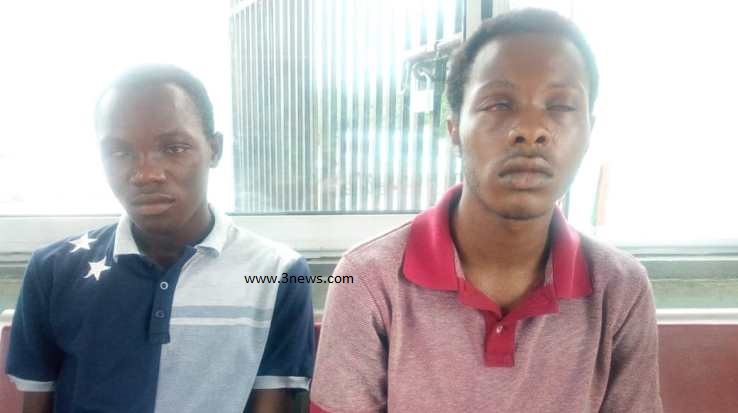 Joseph Essien (L) and Emmanuel Dela Mensa will hopefully be placed by the CSSPS[/caption] Mr. Essien said they have to purchase a special lap top which alone costs not less than GH¢5,000 and being placed early enough will give them some time to prepare and get everything needed for school. He noted this was not the first time persons with disabilities, especially the visually impaired, are being delayed, a situation which goes against them since their parents would have to struggle before they could provide their needs for the schools. The Public Relations Officer for the CSSPS and Free SHS Secretariat, Josberta Gyan Kwakye, who received the particulars, assured that the children would be placed by close of the week. She explained that “we have the automatic placement and manual placement”. “If the person doesn’t get school at all, that’s where we do the self-placement. If they have a challenge we also do manual placement and some special cases are placed manually”. Madam Kwakye assured that already some have been placed in various integrated schools so she would do her best to ensure that the 25 are also placed. “We have placed over 500 in these integrated schools, but because it’s manual, we place them as and when they come. Certainly, we shall place them by close of this week. If not Friday, we should be able to place them by Saturday.” By Kweku Antwi-Otoo|3news.com|Ghana]]>

Protesting traders lock up shops of foreigners in Koforidua