The overlord of Mamprugu Traditional Area, Nayiri Bohagu Abdulai Sheriga has stated that the creation of the proposed North East region will automatically reduce poverty in the area and lead to development in the area.

The chief who is pushing for the creation of the new region joined residents of Nalerigu Monday to march for a ‘Yes’ vote for the referendum scheduled for December 27.

Over 200, 000 registered voters are expected to vote in six districts towards the creation of the new region.

The Justice Brobbey Commission of Inquiry set up by government to look into the creation of some new regions in the country recommended the creation of six additional regions from the current 10.

Two of the new regions are to be carved out of the current Northern region that is North East and Savannah.

The West Mamprusi, Mamprugu Magduri, East Mamprugu, Bumkprugu/Nyankpaduri, Yunyoo Nasun and Chereponi districts and municipalities in the Northern region forms part of the proposed North East region with a population of over 685,000 people.

Since the date of a referendum was announced by the Electoral Commission, there has been a campaign to get people vote “YES” towards the creation of the new regions.

Residents of the West Mamprusi Municipality officially launched their campaign through a march amidst singing and drumming.

The march ended at the palace of the Mamprugu overlord where the campaign was officially declared launched.

“I am Bissa by tribe though I reside in the Mamprugu area, and I am in full support of the creation of the North East region because all of us are Ghanaians and we must support something that will bring development to the area,” one of the campaigners said. 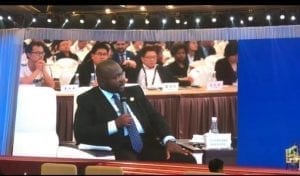 Yes or No? Voting underway to decide fate of 6 proposed regions

A last-gasp injunction puts referendum on new regions in limbo