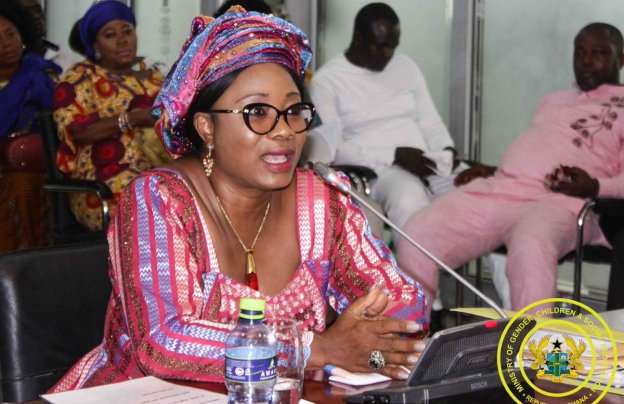 Government has revised method used in the distribution of free meals to over 400,000 Ghanaians in locked-down areas amidst the COVID-19 outbreak in Ghana.

Per the new arrangement, local food sellers in designated localities are going to be resourced to enable them cook food and give them out freely to residents in the various communities.

The President, in an address, admitted the hardship the situation has brought on the majority of Ghanaians so there was however the need for the provision of “food packages and hot meals” to enable poor households to minimize their vulnerability.

“We are in difficult times, and that is why I directed the Minister for Finance to send to Parliament the Coronavirus Alleviation Programme (CAP), whose objective is to protect households and livelihoods, support micro, small, and medium-sized businesses, minimize job losses, and source additional funding for promotion of industries to shore up and expand industrial output for domestic consumption and exports”, the President announced.

The Minister for Gender, Children and Social Protection, Cynthia Mamle Morrison, in an interview with 3FM’s Sunrise hosted by Steve Anti on Tuesday explained that the method of distributing meals freely was changed to keep the social distancing practice.

“We have expanded the process and now we have given kenke sellers, kooko sellers, wakye sellers, rice sellers resource to cook for the people freely”.

The Minister added “Kooko sellers are to be given needed resources to cook and give to the people so that people will not clamp together for meals but would have them as and when they want anytime. We need to ensure social distancing”.

“We are changing the process again because some places are densely populated so we have identified the food sellers and you go there and you can have your kenkey free,” she explained.

Madam Mamle Morrison assured that personnel from the National Disaster Management Organization (NADMO) and officer of the Minister for Gender, Children and Social Protection have been placed at these designated places to monitor the preparation of the food and free delivery to the people.

“We are monitoring. Officials from NADMO and our officers are monitoring. We are also doing road marketing and we are using the assembly members because every electoral area, they know where food is sold”.

She admitted that “you know nothing is done right the first day so we have ordered fante kenke, Ga kenkey, pepper, sardine and they are helping the people”.

Madam Mamle Morrison said the exercise does not cover only head porters (kayayei) but also Persons With Disabilities (PWDs) in the country.

“For PDWs, we have added them…we are given them sanitizers apart from the free meals. Our concentration is not only on Kayayei”, she explained.

The Shia community in Tamale has indicated that it is ready to observe the Jumah prayers on Friday after some...

The Central Regional branch of the Mfantsipim Old Boys Association (MOBA), has donated personal protective equipment (PPE) and other items...