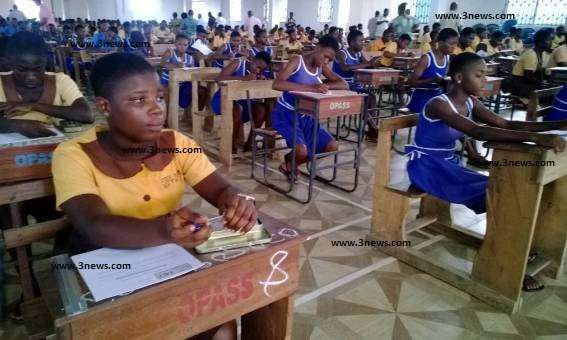 Academic work for final year pupils of St James Preparatory School at Maame Krobo in the Afram Plains South District of the Eastern Region has gone down despite resumption from the long break due to the coronavirus pandemic.

This, according to school authorities, was as a result of the fact that the children had no means of learning while on the forced break.

How are rural communities coping with e-learning?

Headmaster Emmanuel Yeboah, who made the revelation to Onua TV in an interview, explained that most of the parents took their children to farms during the period.

Mr Yeboah admitted to Onua TV’s news anchor Afia Tagor in Twi that the students’ “level of learning has gone down because they went to villages where there was no telecommunication network so there was nothing like a virtual learning”.

He added that “because there were no internet services in these remote areas and no portable mobile phones, computers or lap tops for studies, some of the pupils went around loitering while others went to farms instead of learning”.

On the Personal Protection Equipment (PPEs) for the fight against the Covid-19, the Headmaster said the District Assembly gave them materials such as hand sanitizers, nose masks, Veronica buckets so they have protection for the children.

A teacher, Dominic Owusu Nyarko, who was in class teaching at the time of our visit, also added that learning has gone down because the pupils stayed home for long.

Some of the pupils admitted their learning have gone down but they hope to improve and be able to write their Basic Education Certificate Examination (BECE).

The National Council of Parent-Teacher Associations (NCPTAs) has asked government to send all school children awaiting to write their final...

Director of Public Affairs at the West African Examinations Council (WAEC) Agnes Teye-Cudjoe has said the examinations body will go...

How are rural communities coping with e-learning?

COVID-19: Use continuous assessment to award certificate to BECE and WASCCE