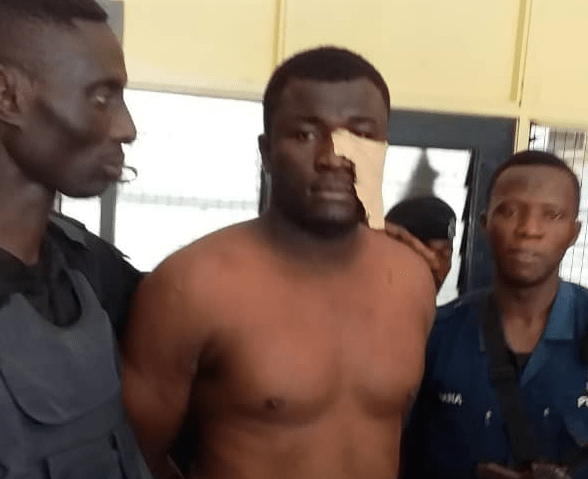 A district court in Accra has rejected a request for psychiatric evaluation of Eric Kojo Duah, one of the suspects who allegedly murdered two police officers at Kasoa in the Central Region.

Lawyer for Duah, George Eshun, who informed the court on Monday that he was yet to have conference with his client, prayed the court for a psychiatric examination to be conducted on his client, Graphic Online reported.

He argued it was abnormal for people to go about brandishing guns and killing police officers as had been alleged against Duah.

The lawyer claimed to have known Duah since childhood, and that he was very respectful person who did not engage in unlawful acts.

“I think he should be examined as to his mental state based on what the prosecution is accusing him of doing,” Mr Eshun requested.

But the police prosecutor, ASP Sylvester Asare, opposed the application as he wondered how the lawyer, who is yet to have conference with his client, would request for psychiatric evaluation.

ASP Asare argued that Duah had not exhibited any sign of mental instability during his numerous appearances before the court.
The judge agreed with the prosecution and declined the application for psychiatric examination.

Eric Kojo Duah allegedly shot Sergeant Dzamesi and Lance Corporal Awal, both attached to the Motor Traffic and Transport Department (MTTD) of the Ghana Police Service at Budumburam near Kasoa, who were on task force duties on the Kasoa-Winneba highway.

He was said to be using an unregistered Toyota Camry vehicle and said to be driving recklessly, allegedly shot the unarmed policemen after refusing to stop when the security officers signalled him to do so.

Police said a pistol which allegedly belonged to Duah was found in the abandoned Toyota Camry and the Police Administration declared a manhunt operation aimed at getting the suspected killer(s) arrested.