An Accra High Court has placed an interim injunction on the upcoming election by the opposition National Democratic Congress to elect its National Youth Organiser.

This is in response to a case filed by National Youth Organiser aspirant, Elikem Eric Kevin Kotoko after he was disqualified from partaking in the race to become the party’s Youth organizer.

Mr. Kotoko was disqualified with one other aspirant, Wonder Madilo, for not meeting the criteria for contesting the position.

The two were said to have not held any position in the party prior to their decision to contest the position of a National Youth Organiser.

But Mr. Kotoko disagreed with the party executives and headed to court to seek an injunction against the election, which the Accra High Court granted him interim injunction.

The party, it’s Chairman and General Secretary are defendants to the case.

Ghanaians now looking up to NDC for ‘economic salvation’ – Mahama 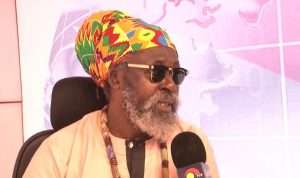