Mr. Amidu[/caption] An Accra Circuit Court has ordered Mobile Telecommunications Network (MTN) to produce the call records of a conversation between Mahama Ayariga, the Member of Parliament for Bawku Central and an officer of the Ghana Revenue Authority (GRA). According to the Ghanaian Times, the court gave the order on January 22 at the request of Special Prosecutor (SP) Mr Martin Alamisi Burns Kaiser Amidu. Mr Amidu told the Accra Circuit Court “2” presided over by Mrs Ruby Naa Adjeley-Quayson that the Office of Special Prosecutor (OSP) had already obtained an order to conduct a forensic examination on three mobile phone numbers from the Director General of Criminal Investigations Department (CID) of the Ghana Police Service. He urged the court to exercise its powers under the Electronic Transaction Act, Act 2008(Act 772) of Section 100, 101 and 103. Mr Amidu who is known for his tough stance against corruption recently hinted that he would soon start prosecuting corruption-related cases. In moving the motion for an order directed at the telecom giant to produce records of the conversation between the lawmaker and the officer at GRA, the SP said the information he wanted was between December 2018 and January 2019. [caption id="" align="alignnone" width="600"] 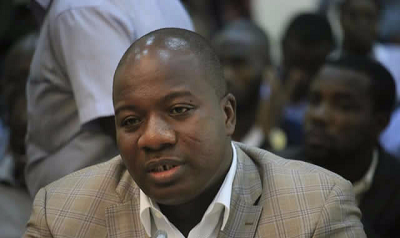 Mahama Ayariga[/caption] Consequently, the Presiding Judge, Mrs Ruby Naa Adjeley granted the order and asked MTN to produce the said records dated December 1, 2018, to January 6, 2019. At the time of filing this story, a staff of the OSP was in court to take the order and serve on MTN. In August 2018, Mr Amidu reported the legislator to the Economic and Organised Crime Organisation (EOCO) for allegedly attempting to block his investigation on him. Mr Amidu alleged that the Bawku Central MP had sent chiefs, pastors and opinion leaders to intercede on his behalf. Graphic Online]]>

Unregistered SIM cards to be deactivated by close of Wednesday

The Republic V Adjenim Boateng & another: Accused request original copies of some exhibits

Serving as MP and Minister simultaneously is counter-productive – Sam Okudzeto