An Accra High Court hearing the trial involving Dr Stephen Opuni and one other on Wednesday dismissed a motion to stay Proceedings pending an interlocutory appeal at the Court of Appeal.

The Court presided over by Justice Clemence Honyenugah, an Appeal Court Judge sitting as an additional High Court Judge said upon a perusal of the documents filed “it is the view of the court that the grant of the application will further delay the trial.”

Justice Honyenugah said staying proceedings would only occasion further delays of the trial as the third prosecution witness has been in the box for some months now.

“This discretionary power must be exercise judiciously and capriciously,” he added.

He said there must also be some special circumstances for which the proceedings should be stayed, which were unavailable in Counsel’s submission.

He said the mere fact that an interlocutory injunction was pending does not compel the trial judge to grant the application.

“I fail to see any special circumstances to warrant the granting of the application,” he said.

The Judge also said the issue before the court was not only about the form of Lithovit fertilizer but there were a number of charges leveled against the accused person.

He said the court had duly exercise its powers to fair trial as stated in the Constitution and that it has not prevented any of the accused person in the trial from putting across their case and that he do not see any irreparable damage which will occasioned if the motion was refused.

The motion was filed by Mr Samuel Cudjoe, lawyer for Dr Opuni, the former Chief Executive Officer of COCOBOD, the first accused, after the court had rejected the tendering of a document through the prosecution witness.

Mr Cudjoe in moving the motion said his client has filed a motion for stay and wished to rely on all the paragraphs therein.

He said the document was a very piece of evidence, which emanated from lawful custody and whose relevance was not in doubt.

He said the court itself held that the document was authentic in its ruling and the issue of authenticity was not in doubt.

He said in a criminal trial, the punishment could include incarceration that was the ultimate deprivation of ones right and liberty.

“It’s our submissions that the court stay proceedings and allow the Court of Appeal to determine our appeal, so that in an event that the appeal is in our favour, the court will then continue the trial,” he added.

It was at this stage, when the prosecution, stood up to raise their objection against the motion that, Mr Cudjoe interrupted on point of law that, it was Mrs Stella Ohene Appiah, who sworn the affidavit in opposition and could not be the same lawyer to speak for the prosecution.

In response, Mrs Appiah said she has sworn to the affidavits and had said, she was a Senior State Attorney in the office of the A-G.

She said, she has not hidden her identity as a lawyer in the A-G’s office and “if called anytime she can answer to anything in the affidavits, because she was capable.

“This process does not sin against the Constitution and it does not affect the trial,” she added.

The Trial judge in his ruling said the affidavits filed by the Senior State Attorney were done on behalf of the A-G and not as a witness in the case. 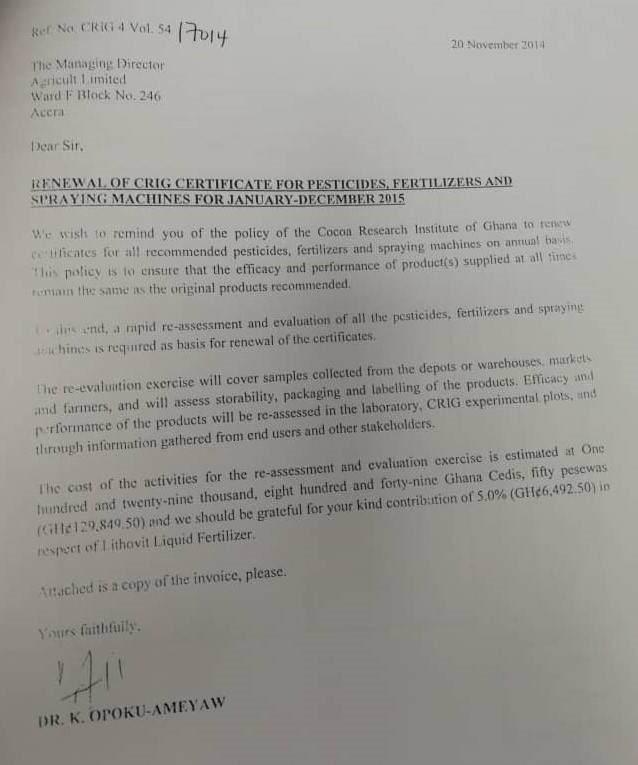 “She did state clearly in the affidavits that she was acting on the authority of the A-G,” he said.

Mrs Appiah said the prosecution was opposed to the motion as filed in their affidavits and duly relied on them.

She said the counsel has not shown any special circumstances that should warrant a stay of proceeding pending the determination of the appeal.

The Senior State Attorney said a document must be tendered through the appropriate witness.

She said the mere expectation that an interlocutory injunction would succeed was no ground for the grant of stay.

The documents sought to be tendered through the prosecution witness was a letter signed by one Dr Opoku-Ameyaw.

Dr Opuni and Mr Agongo are facing 27 charges, including defrauding by false pretences, wilfully causing financial loss to the state, money laundering, corruption by public officer and contravention of the Public Procurement Act.

They have both pleaded not guilty to the charges and are on a GH¢300,000.00 each self-recognisance bail.

The Court adjourned the trial to Monday October 7, for continuation.

This a mix of half-truth, insinuation and alarmism – NIA on...

Dr Adutwum will agree that free SHS needs review but he...

Free SHS won’t be cancelled; Akufo-Addo is committed to its implementation...