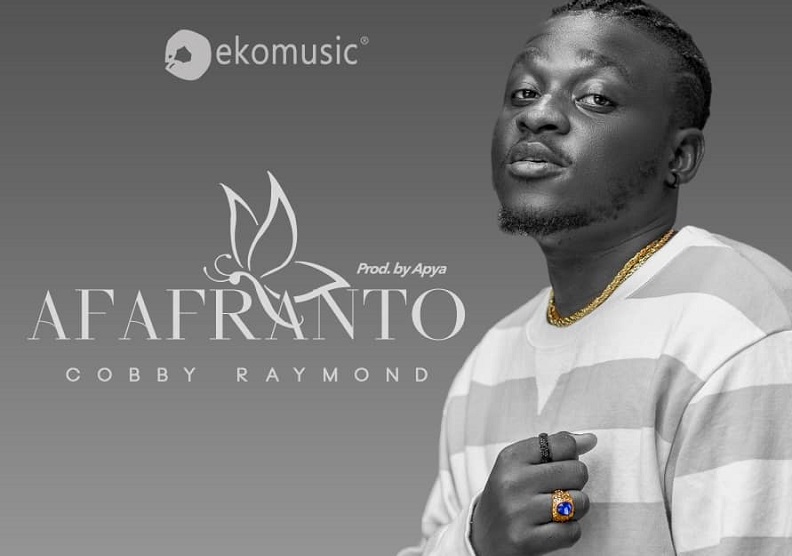 After working behind the scenes for years, a young Ghanaian who started off his musical career as a songwriter, has now introduced himself onto the scene with the release of his single; a sample of Kojo Antwi’s Afafranto. Cobby Raymond (CR) started music as a rapper at the age of 15 and has so far written over 60 songs for himself and other artistes For the last five years, the young talented artiste who is set to become the next king of Ghanaian and African music has been working in the studio on his project. He explained that he decided to introduce himself with the single inspired by the legendary Kojo Antwi because the man, known as ‘Mr Music Man’ is his mentor. Cobby Raymond said Kojo Antwi is a legend who put Ghana on the map and paved the way for many young people like him; hence the best way to appreciate him was to sample his song, Afafranto, with his permission. He told 3news.com he would soon release a full album of his original songs, but in the meantime wants Ghanaians to enjoy his version of Afafranto. Apart from Kojo Antwi, the young artiste said he is inspired by Drake, Wizkid and Burna Boy. Cobby Raymond believes he would soon become the next big thing in Africa but wants humility and constant learning to guide him. CR is undeniably exceptional due to his versatility. Though he started as a rapper, he soon discovered that his audience equally enjoyed his smooth singing voice. He said he looks forward to building a successful music career and contributing meaningfully to the music and entertainment industry as a whole.