Nii Oyanka I[/caption] The chief of Dodou, near Sarpeiman in the Ga West municipality of the Greater Accra Region, has been remanded by a magistrate court in Accra for attempted murder. Nii Ayitey Anumle Oyanka I who shot a 40-year-old man multiple times near his palace, pleaded not guilty to attempted murder, abduction and assault. He is expected again in court on September 4. The 30-year-old chief was arrested on August 16 by a team from the Accra Regional Police Command following an alarm from the Dodou community. According to the prosecution, Nii Oyanka I and one other chief, Nii Abbey Okanfra, A.K.A Staff, are embroiled in a land dispute. On August 16, a land guard of Nii Oyanka I, spotted a member of their rival group around their palace and suspected him of spying. The suspected spy, Nii Laryea Quartey, who is an ‘Okada rider’ was said to have consequently been attacked at Nii Oyanka’s palace. [caption id="attachment_133413" align="aligncenter" width="515"] 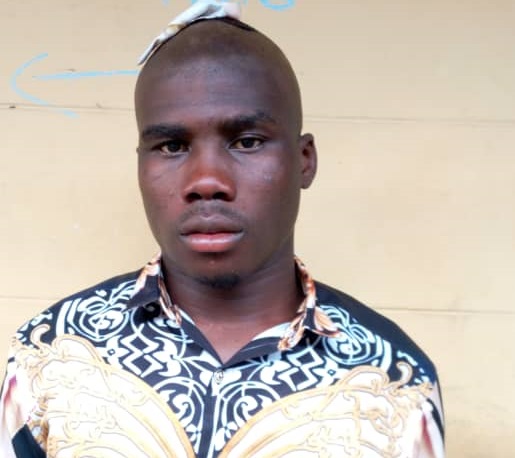 Nii Laryea Quartey[/caption] Nii Oyanka I and his gang, according to the prosecution, held Quartey hostage and tortured him. Quartey’s brother, a 40-year old Daniel Nii Ayi Laryea, got wind of the incident and rushed to the Oyanka’s palace for explanation. But the prosecution said Nii Oyanka I, upon seeing the man, opened fire on fim injuring him in the right limb. A distress call was placed to the police who arrived at the scene to pick the victim to hospital. Nii Oyanka was also arrested but his accomplices managed to escape. A search of his palace led to the retrieval of a loaded pump action gun with 7 rounds of ammunition and 7 spent cartridges.