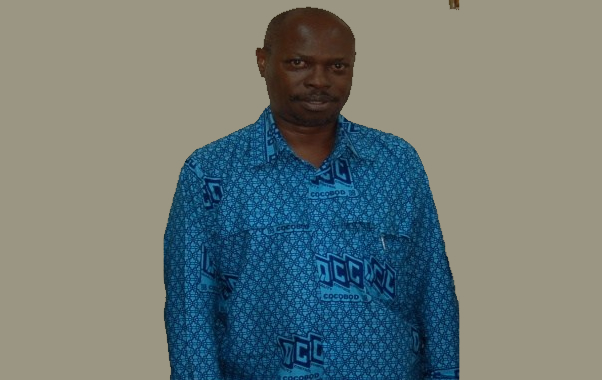 It has emerged in court that COCOBOD fast tracked the certification of Cocoa Nti fertilizer because the company “invested heavily” and was also the farmers’ preference though they had not used it on their farms before. Although a witness of the state, Dr. Yaw Adu-Ampomah who made the revelation in court on Tuesday did not explain what kind of investment the company made during the testing process to warrant the swift manner it was cleared, he said the “interest” shown by the company also influenced COCOBOD’s decision to give approval for the purchase of Cocoa Nti fertilizer in record time. Dr. Adu-Ampomah, was the Deputy Chief Executive at COCOBOD in charge of Agronomy and Quality Control, when COCOBOD received the scientific report on Cocoa Nti fertilizer in a letter dated March 2, 2018, and on March 5, 2018 a letter was written to PPA to grant approval for the purchase of the fertilizer through sole-sourcing. Interestingly, in COCOBOD’s application to PPA, it stated that Cocoa Nti was the farmers’ preference even though it was the first time COCOBOD was purchasing the product. 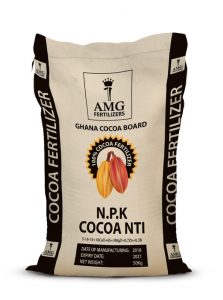 The third prosecution witness has been testifying against the former CEO of COCOBOD Dr. Stephen Opuni and a businessman, Seidu Agongo, who are standing trial for allegedly causing financial loss of GHC271.3 million to the state which led to the distribution of substandard fertiliser to cocoa farmers. Dr.  Adu-Ampmah who also worked at CRIG as the executive director was told by counsel for Dr. Opuni, Samuel Cudjoe that with his experience he would have an idea of how long letters from COCOBOD to CRIG accepting the scientific report take after which a certificate is issued by CRIG. He replied “My lord, it could be quick or take long depending on the interest the company involved shows.” Early on, he was asked when COCOBOD granted its approval for Cocoa Nti to be issued with the certificate by CRIG. His answer was, “I wouldn’t know but as soon as such final reports come, because these companies have invested heavily in the products, prompt action is taken so as soon as it comes to COCOBOD and it has passed, immediately CRIG is instructed to issue it with a certificate.” In his evidence-in-chief, the witness told the court that the procurement practice at COCOBOD had always been open tender, but that position was floored during cross-examination. Dr. Adu-Ampomah later contradicted himself when he admitted to over 260 million dollar products he sole-sourced in just one cocoa season.

Dr. Alfred Arthur[/caption] It was the processes leading to the certification of Cocoa Nti fertilizer that got the second prosecution witness Dr. Alfred Arthur, a scientist at CRIG, suspended for allegedly circumventing the testing process. His suspension follows a probe by COCOBOD in 2016 into Cocoa Nti fertilizer manufactured by Morocco-based OCP Group. Read: Agongo-Opuni trial: Witness ‘hot’ as Cocoa Nti scandal resurfaces in court Read excerpts of Tuesday’s proceedings Q. So, Dr, the first time Cocoa Nti was purchased by COCOBOD was in 2018, isn’t it? A. Yes, my lord. Q. Dr, exhibit 15 is the scientific report recommending Cocoa Nti to COCOBOD. Isn’t it? A. Yes, my lord. Q. When did this letter reach COCOBOD? A. 2nd March 2018. Q. So, when did COCOBOD grant its approval for Cocoa Nti to be issued with the certificate by CRIG? A. I wouldn’t know but as soon as such final reports come, because these companies have invested heavily in the products, prompt action is taken so as soon as it comes to COCOBOD and it has passed, immediately CRIG is instructed to issue it with a certificate. Q. So, then Dr, at the time the scientific report on Cocoa Nti came to COCOBOD you were the deputy CE, A&QC and therefore the recipient of this letter which had attached to it the scientific report recommending Cocoa Nti for use on mature cocoa trees. Isn’t it? A. Yes, my lord. Q. Dr, obviously you in your position as the designated executive under which CRIG was would definitely know when the reply and/or directive to CRIG to issue the certificate to Cocoa Nti was written. A. I wouldn’t know but I can say that it could be prompt because normally these things don’t keep long on my table. Q. And Dr, having been an executive director of CRIG from 2009-2013, you have an idea of how long letters from COCOBOD to CRIG accepting the scientific report take after which a certificate is issued by CRIG on their own? A. My lord, it could be quick or take long depending on the interest the company involved shows. Sometimes they will be following the letters. Q. Dr, definitely you would have seen the certificate of CRIG for Cocoa Nti before any application to PPA for sole-source of Cocoa Nti could be made. A. Yes. If the company that was supplying Cocoa Nti has a certificate, it should accompany the bidding. Q. The scientific report by CRIG in respect of Cocoa Nti was sent to COCOBOD by a letter dated the 2nd of March 2018. Isn’t it? A. Yes, my lord. Q. So, Dr, on the 5th day of March 2018, COCOBOD by a letter applied for single-source to purchase Cocoa Nti fertiliser and added that farmers preferred Cocoa Nti. Is it? A. Yes, my lord. But as I said if you look at the report you will see that the field test had been conducted on farmers’ farms in Central Region, Western Region, Eastern Region, Ashanti Region and Brong Ahafo Region and as I previously said, during the trial, neighbouring farmers had seen the impact of this fertiliser. Q. If farmers have a preference for a particular agrochemical, necessitating COCOBOD to apply and inform the whole world about this preference, there definitely would have to be information from the relevant division/unit which will inform management of this fact. A. My lord, I have answered this question previously that CHED CRIG QCC and farmers groups all send information to COCOBOD on such issues. Q. Dr, I am putting it to you that if as you claim, farmers have a preference for Cocoa Nti, COCOBOD would definitely have had documentary evidence of this fact. A. My lord, no but as I said COCOBOD does not sit in the office till the end of the testing. As production is going on, information is reaching COCOBOD through the sources I just enumerated. Because as the regulator, we should be on the ground. The case has been adjourned to the 10th of July 2019 for continuation.
READ ALSO:  [Photos] AICC ready for Amissah-Arthur's funeral service
Source: 3news.com | Ghana]]>