A young man believed to be in his 20s has been allegedly killed at Suame Market in the Suame Municipality. The boy was found hanged with school cardigan trouser behind a corn mill wooden structure at the market. He was allegedly beaten and butchered before being hanged by his attackers. Residents suspect foul play and have ruled out suicide. Speaking to 3news.com, residents who thronged the scene said the young man may have been beaten to death somewhere and hanged on the trousers. The Suame District Police Command was at the crime scene with experts and announced immediate investigations into the incident. They retrieved the body for the morgue. 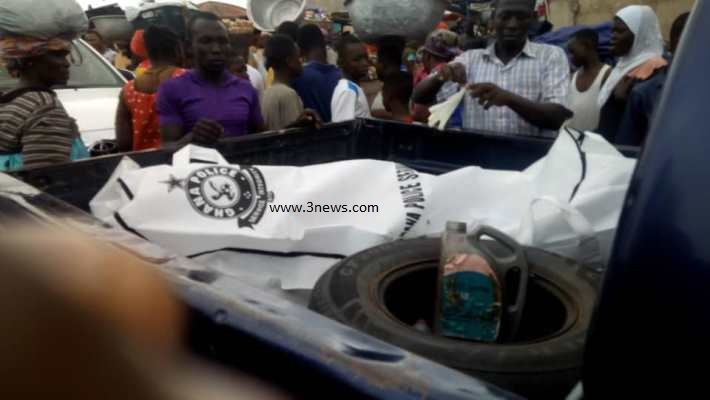 The body is yet to be identified. Madam Salamatu Abdelah, who is the Suame Electoral Area Chair, stated that the incident has created fear and panic among residents, especially traders at Suame Market. She called on the police to provide them with maximum security against such criminals. By Kwame Agyekum|3news.com|Ghana]]>