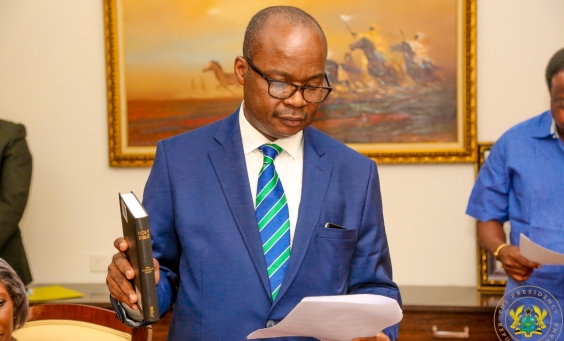 The Bank of Ghana (BoG) has received GH¢900 million to undertake a clean-up of the troubled microfinance sub-sector of the financial services industry. The move is part of cleaning up the GH¢7 billion debt crisis that has hit a large sector of the deposit-taking, non-bank institutions, including savings and loans companies, in the country. The Governor of the BoG, Dr Ernest Addison, said at a Monetary Policy Committee (MPC) news conference in Accra on Monday that the magnitude of the resources needed to embark on the entire reforms of the deposit-taking, non-bank sector was so large that it had to be approached in phases. A similar exercise with the universal banks, which ended in December last year, cost the country almost GH¢11 billion, and it is feared that plans to replicate it for non-bank financial institutions (NBFIs) will prove costly for the country. “I am not sure we have the budgetary resources to undertake a clean-up of this magnitude,” Dr Addison said. “We simply don’t have GH¢7 billion to clean-up the entire non-bank, deposit-taking institutions and so we are tackling the microfinance sector, for which GH¢900 million has been provided,” he stated. The clean-up of the microfinance sector, which is expected to begin by the end of the third quarter of the year, will significantly trim down the number of microfinance companies in the country. Pleading for time Dr Addison, however, pleaded for time to come up with clear guidelines on the scope of the clean-up of the microfinance sector. “Give us a little space and we will communicate the fine details of our decisions later,” he said when pushed to provide timelines. About 705,396 depositors of distressed or collapsed microfinance companies and rural and community banks (RCBs) risk losing a total of GH¢740.5 million if their financial resources are not shored up swiftly. The amount represents deposits currently locked up in 272 RCBs and microfinance companies which are either in distress or had folded up as of last year, the governor said. In terms of significance, the deposits in distressed MFIs form 8.81 per cent and 52.49 per cent of total deposits of the RCBs and MFIs.

READ ALSO:  Adopt innovative ideas to support economy - IEA's Kwakye tells MPC
World Bank money Last year, Parliament ratified a $30-million World Bank credit facility agreement to implement the financial sector development programme (FSDP) aimed at improving the regulation of the MFI and rural banking sectors to make them more accessible to the banking public at the grass-roots level. The new funding will enable the BoG, in collaboration with the Ministry of Finance, to implement and enforce an array of corporate governance, risk management, enhanced capitalisation and financial reporting measures which the central bank has drawn up but which, so far, have not been implemented because of resource challenges. Distressed figures Currently, out of the 566 licensed MFIs in 2018, “211 are active but distressed or folded up”, while out of the 141 RCBs, 37 were active but distressed or folded up, the BoG said in its MPC report. In total, the bank estimates that 272 out of the 707 institutions in the sub-sector, representing 38.5 per cent, are at risk. Policy rate maintained At the news conference, Dr Addison also announced the decision to maintain the policy rate at 16 per cent for the second time, explaining that inflationary pressures were being controlled. He said the MPC’s decision had become necessary to sustain the gains the committee had made over the past two or so years. He said the exchange rate performance since the beginning of the year had put pressure on the prices of goods and services and the BoG’s decision was to keep its rate unchanged to ensure that inflation did not inch up further. Daily Graphic]]>
READ ALSO:  [Opinion]: NAM1 is a hero: Invest in any new scheme he introduces

We owe it to Ghanaians to keep protecting the economy; we preserved the savings of 4.6m depositors – Ofori-Atta

Ghana is making progress in GDP growth; this will help tackle challenges ahead – Finance Minister

GRIDCo Board Chair Amb. Kabral Blay-Amihere; Kufuor and others honoured for their media activism