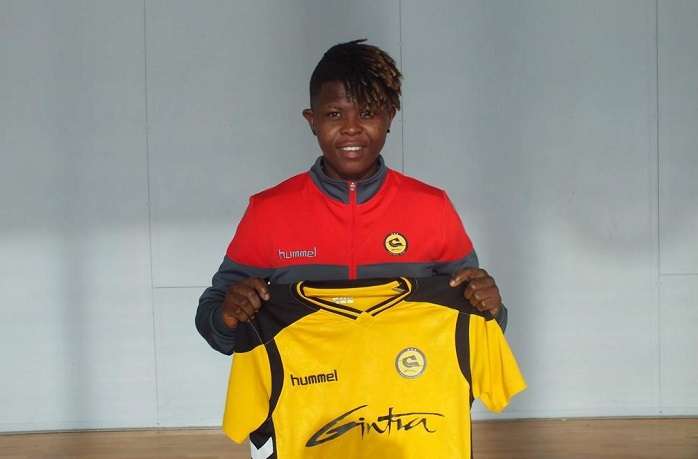 Black Queens midfielder Priscilla Okyere made three assists on her debut for FC Gintra Universitetas in Lithuania as they thrashed MFK Kauno Žagiris 7-0.

The 24-year-old was handed a starting berth and she impressed in her first outing for the club in the Lithuanian Women’s Winter Tournament.

After the game, she took to Twitter to express her excitement.

“Happy to have assisted three goals on my debut for FC Gintra Universitetas against MFK Kauno Žagiris. More coming your way in subsequent matches. God is the reason #KAKA14.”

She joined the club on a one-year deal from Spanish side Rayo Femenino.

The midfielder spent last season at Spanish Women’s La Liga side Rayo Vallecano Femenino, where she played an instrumental role for the club.

Black Queens head coach Mercy Tagoe-Quarcoo, in an interview with TV3, has said she is disappointed that the African Women...

Major clubs are looking at billions in losses if the season isn't completed, but virologists and sports medics see a...