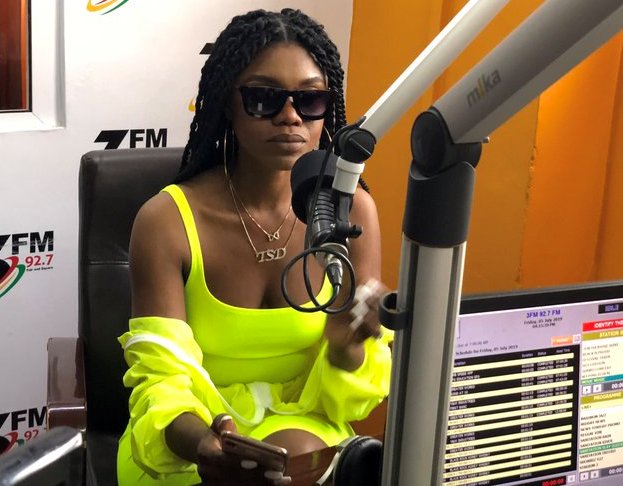 Musician Becca says regardless of whatever her mother does or says about her, she will continue to love her.

Becca’s comment comes on the back of allegations leveled against her by her mother that she is disrespectful and that her husband, Tobi Sanni Daniels, has created enmity between them.

The issue has been trending on social media after the Becca’s mother, Julie Yiadom-Oti, granted an interview and opened up on her relationship with her daughter.

Hypocrites: Becca fires fighters of racism but criticise her marriage

She minced no words that the relationship had gone sour.

Reacting to the issues on the 3FM Drive with Giovani, Becca said she would rather her personal issues with her mother are dealt with in private.

“It is quite unfortunate it has to come out this way. Some of the things out there, I would not like to say anything because it’s my mother. No matter what I do, she is the woman who conceived me and birthed me so it is appropriate for me to respect her.

“I personally believe that this is a matter that should have been solved at home. It’s unfortunate this came out in public.”

She further stated that inasmuch as her mother has gone public with a personal issue, she still loves her, and would not do anything to disrespect her.

“I have two mothers, and I love all my mothers very much…I will respect my mother irrespective of what happens.”

She, however, stated emphatically that her husband is a respectable man and would not do anything to disrespect or abuse her mother.

“My husband is a decent, respectful man, if anybody knows who he is, he is a very respectable man.”

Hypocrites: Becca fires fighters of racism but criticise her marriage