It’s not often Bayern Munich, Real Madrid, Paris St-Germain and Barcelona lose a league game. It’s even more rare that two or three of these giants are defeated on the same weekend. So the chances of all four losing on the same weekend is pretty unlikely.

But that’s exactly what happened across Europe’s top divisions on Saturday and Sunday, as all four clubs’ unbeaten starts to the season ended.

Barcelona’s loss to champions Atletico Madrid was hardly a shock it would have been in the past given the Catalans are in some disarray at the moment, but the other three were major upsets.

Meanwhile, over in the Eredivisie, Dutch champions Ajax also suffered a first defeat of the campaign – making it the first time that they, Bayern and Real have all lost a league match on the same day.

From the end of Bayern’s impressive home run to Lionel Messi’s first loss in France, here’s what happened on a weekend of surprises – and the best of the reaction. 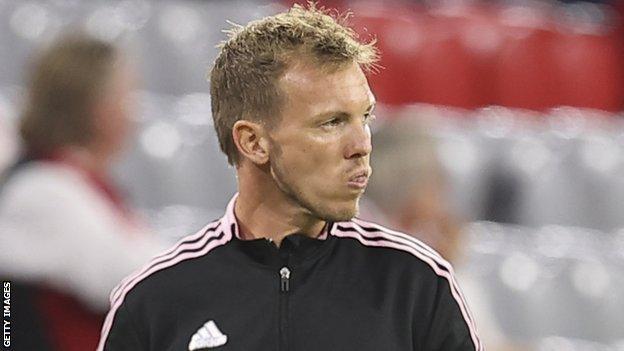 Bundesliga leaders Bayern Munich lost a home league match for the first time since November 2019 as Eintracht Frankfurt scored a late winner at the Allianz Arena.

It was Frankfurt’s first away victory at Bayern since November 2000 and put an end to the hosts’ impressive 30-match unbeaten streak. 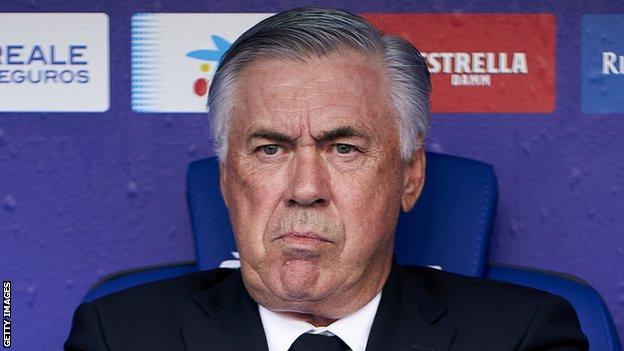 Five days after the humiliation of a shock Champions League defeat at the hands of competition debutants Sheriff Tiraspol at the Bernabeu, Carlo Ancelotti would surely have expected a strong response from his Real Madrid players.

But the visitors were out-fought by Espanyol – against whom they had lost only one of their past 25 league meetings – as their 25-match unbeaten run in La Liga was brought to an end.

Goals from former Real player Raul de Tomas and a wonderful solo finish by Aleix Vidal condemned the leaders to successive defeats for the first time since January, as they failed to add to Karim Benzema’s lifeline.

Ancelotti admitted Real had played “our worst match of the season”. He added: “I agree, we played badly. We need to use the international break to think about why this team’s attitude has changed in the space of a week.” 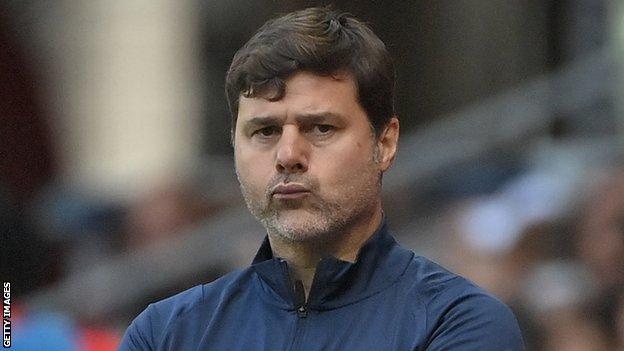 PSG had made a perfect start in their bid to reclaim the Ligue 1 title, taking maximum points from their opening eight Lleague games. Another victory at Rennes would have taken them nine points clear at the summit.

However, the hosts stunned Mauricio Pochettino’s side as Gatetan Laborde struck just before half-time and Flavien Tait added a second within a minute of the restart to deliver PSG’s first league defeat since April. The Parisians did not manage a single shot on target, despite Lionel Messi, Neymar and Kylian Mbappe all starting.

It was also their first loss since the arrival of Messi in the summer. There will be no panic just yet though – they remain six points clear at the top.

“I’m really disappointed with everything,” said Pochettino. “I think now we need those two weeks but the players are going to be involved on international duty. It’s time to think and to prepare the next run of six games in the upcoming months.” 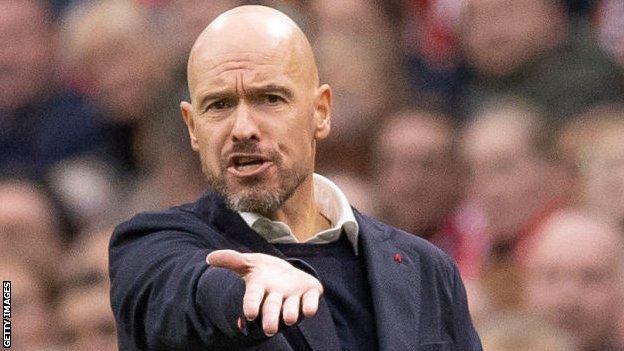 Defending champions Ajax had won six of their opening seven Eredivisie games after storming to the title last season, finishing with a 16-point lead.

But Utrecht are hot on their heels heading into the October international break after the visitors sprung a surprise at the Johan Cruyff Arena.

Left-back Django Warmerdam scored the only goal 13 minutes from the end to claim all three points – despite Ajax dominating with 69% possession and 20 shots to the visitors’ eight. Ah, football.

“We were not ‘on’ from the first minute,” said manager Erik ten Hag. “That means you have 100% pace and focus. That was not there.” 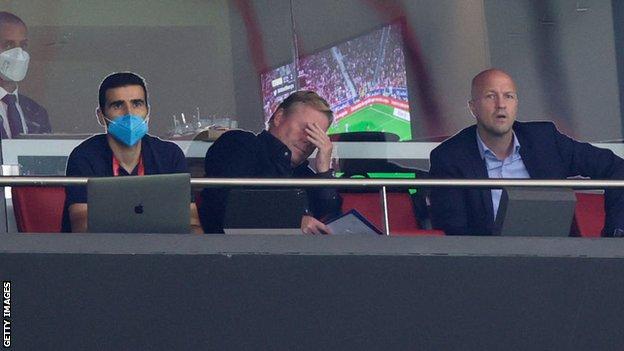 We’re not sure you could file this as an upset, such is Barcelona’s current state, but the 26-time La Liga winners suffered another chastening loss on Saturday as they were comfortably turned over by reigning champions Atletico Madrid.

It was less the defeat and more the manner of it that will hurt Barca, with Atletico cruising to a comfortable 2-0 victory at the Wanda Metropolitano.

To rub salt in the wound, former Barcelona striker Luis Suarez was on the scoresheet, scoring Atletico’s second after Thomas Lemar had fired them in front.

It was actually Barca’s first league defeat of the season, but comes hot on the heels of their second successive 3-0 loss in the Champions League, at Benfica on Wednesday.

Coach Ronald Koeman received a vote of confidence from club president Joan Laporta before Saturday’s game and had this to say afterwards: “Clarity is very important, for the confidence of the coach, for the players too, for them to know the the coach is still here. We are Barca, we still have to win games. This pressure is also normal.

“It exists for any coach, even more at Barca, but the president has spoken well, he has made his decision, as he said this afternoon, and everything is perfect.”

If you say so, Ronald.

Black Stars did not disgrace themselves in Qatar – GFA Exco member

Eto’o apologises after altercation with man

Christians admonished to show commitment to God for due reward