The ban on public gatherings introduced by government to stem the tide in the spread of the deadly coronavirus the country has been extended to the end of May, President Nana Akufo-Addo has announced.

“Tonight, I have come into your homes to announce that the ban on public gatherings, as set out in E.I 64, has been extended also to the end of the month, i.e. 31st May,” he said on Sunday in his ninth televised address to update Ghanaians on the country’s covid-19 situation,

All educational facilities shall continue to remain closed, he said.

“There is still a ban on funerals, other than private burials conducted with not more than twenty-five (25) persons,” Nana Akufo-Addo stated.

The country’s borders as announced by President Akufo-Addo in his May Day address to the nation will also still remain closed until May 31.

Ahead of the extension some civil society groups and others including the Ghana Medical Association advised the President against any plans of lifting the ban on social gatherings.

“The President of the Republic should not lift the ban on social gatherings for religious activities, schools, marriage ceremonies, funerals etc. Our international borders should also remain closed for now” it advised in a statement on May 9.

Contrary to skepticism by some Ghanaians that the disease is not real, the GMA indicated the pandemic is real, saying “it is here with us in Ghana”

The doctors observed that the pandemic “is still a major health threat to all persons living in the country”.

“With our total number of infections standing at 4,700 with 494 recoveries, 5 persons being critically ill and 4,179 responding to treatment, 22 persons virtually all of them with underlying illnesses such as hypertension, diabetes and chronic liver disease have unhappily died,” Nana Akufo-Addo said.

Ghana's coronavirus cumulative cases have reached 39,642 as of Monday, August 3. According to the latest update from the Ghana... 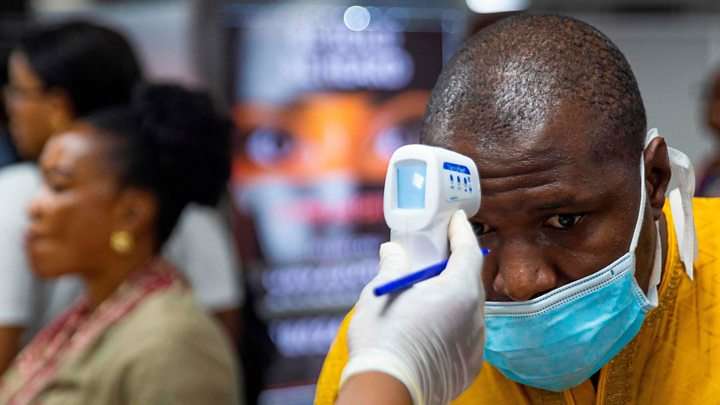 Ghana's coronavirus cases are now 39,075. This is the latest update released by the Ghana Health Service (GHS) on Wednesday,...