Mr Amidu [R] wants the Speaker of Parliament to release Mr Ayariga for trial[/caption]Member of Parliament for Bawku Central, Mahama Ayariga, has reneged on his earlier stance not to honour an Accra High Court order to appear in a case brought against him by the Special Prosecutor, Martin Amidu. The court, Tuesday morning, presided over by Justice Afia Serwaa Asare Botwe, asked lawyers of the MP who is standing trial for tax evasion and procurement allegations, to make him available to the court by 1:00 pm when he had failed to show up. But at the time, Mr. Ayariga was in parliament filing an application for a determination on whether or not MPs can be summoned by a court of law on sitting days, a development which eventually led to the suspension of sitting. While Parliament was on suspension and waiting for the Speaker to make a determination, Ayariga moved out of parliament premises in the company of some colleague MPs heading to the court. 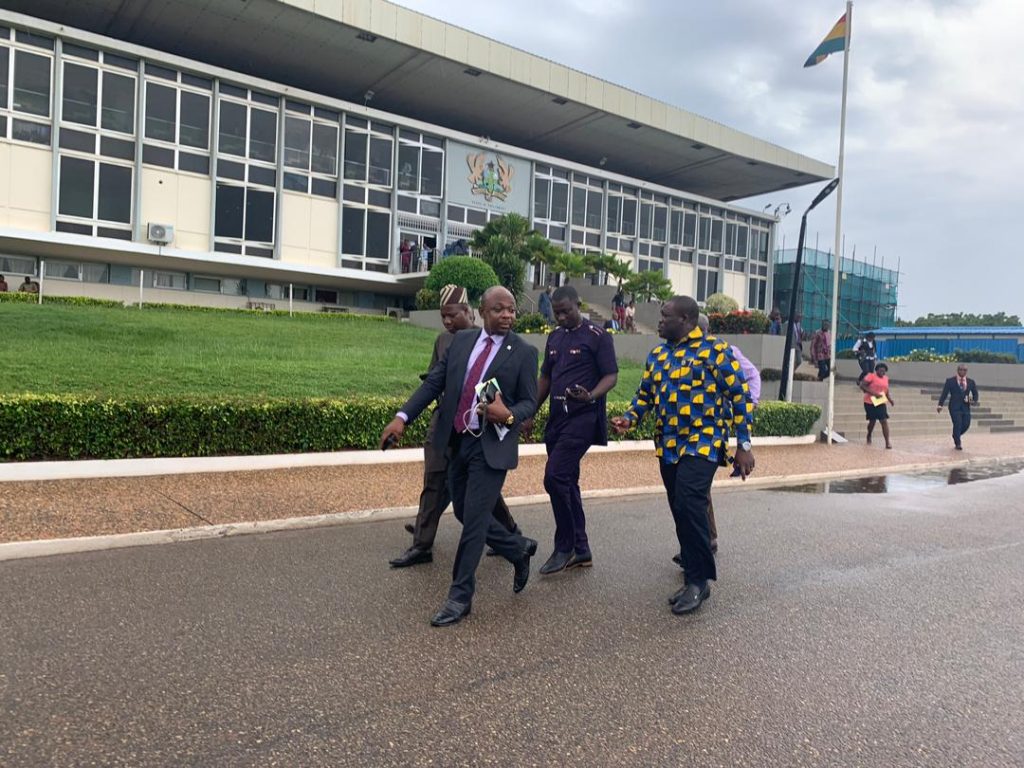 Checks at the court confirmed that Mr. Ayariga indeed went to the court and was in fact seated at the court waiting for the judge to come for case to resume. The speaker eventually ruled on the matter noting he has released Mr. Ayariga for the court but cautioned that MPs should not be served suits when parliament is in session. By 3news.com | Ghana]]>